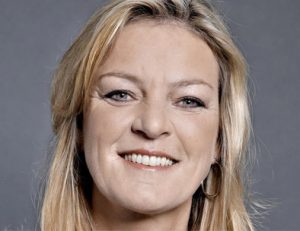 Nordic World has signed a letter of intent that, if translated into a deal, will hand it a majority stake for an undisclosed sum.

The deal is intended to close before MIPTV in April, Nordic World CEO Espen Huseby announced this morning.

Under the terms of the deal, Amsterdam-based Absolutely will bring its catalogue of 150 titles into the Nordic World fold. The latter began a distribution alliance of TV2 in Norway and TV4 in Sweden, but has expanded to include NRK, MTV3 from Finland and TV2 from Denmark as partners.

Nordic will also get the option to buy out the remaining shares in Absolutely in the next three years.

Absolutely’s CEO Patty Geneste will remain at the company following completion of the deal in an “active management role” and will take a seat on the Nordic World board alongside Huseby and COO and director of sales Jan Salling.

It wasn’t immediately clear how the new agreement will affect the 50% stake former Sony Pictures Television distribution chief Kees Abraham took in Absolutely in 2012, through his Imagine Nation imprint.

Neither Nordic nor Absolutely could be contacted before press time this morning.

Geneste formed Absolutely in 1996 and has a catalogue of 125 produced and 25 paper formats. Its main series include Find My Family, The Exit List, The Phone, Family Dinner, Who Am I? and Behind Closed Doors.

She said today: “I’ve spent 18 exhilarating years building Absolutely Independent into the formats powerhouse that it is today. But in order to take Absolutely to the next level and achieve the scalability that’s needed to compete effectively in today’s market, the time has come to find a partner. I believe Nordic World is the ‘significant other’ I’ve been waiting for. We share the same vision, the same DNA and the same passion for our business. I am certain we will achieve great things together.”

Nordic has been looking to expand but has found its options in its native region limited and has now gone further abroad for a deal. The distributor is looking to launch a network of satellite operations and creative alliances across Northern Europe in a bid to tap into the English-language market.

“Absolutely Independent is the dream match for Nordic World. We both share a commitment to long-term relationships and the belief that the only real measure of success is the success of our producer and broadcaster clients.

“After several years of expansion, it’s become clear that we’ve outgrown the opportunities available in the Nordic market and need to look across our borders to maintain momentum. With Patty on board, we are a giant step closer to fulfilling our ambition of becoming the go-to partner for the world’s most creative third-party producers and rights-owners, and the world’s most discerning broadcast platforms.”

UPDATE: A Nordic World spokeswoman has clarified that though it was widely understood Imagine Nation had a 50% stake in Absolutely, this was not the case. The agreement, in fact, handed Imagine Nation an initial 5% of the former with an option to up it to 50%, which Abraham never took. When the Nordic deal is complete, Imagine Nation will also divest its 5%.