Viewpoint: Terrestrial commissions? Not for me

My friend, a commissioner at a prestigious terrestrial channel, was mystified. Why weren’t the top indies bringing her their best ideas or best talent these days? “It’s simple,” I said. “You’re not worth it any more – economically or creatively.” 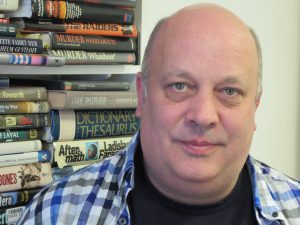 It used to be a no-brainer. A high prestige public service broadcaster offers US$500,000 (or more) to make a one hour factual special. If you get the commission, you’ll get loads of publicity, the reviewers will fawn all over it. Emmy and Bafta nominations loom. Oh yes, and you’ll have nine months to make it.

Alternatively, you could make 13 hours for a cable network for a lot less per hour that only just registers a Nielson rating. The whole lot has to be delivered in six months. Surely you put your resources, your best film-makers and execs into securing that high prestige offer? More money per hour. More time. More viewers on the transmission. Better for building your brand brand, surely? Not anymore.

High prestige one-offs or miniseries are now the fool’s gold of modern television. The economics no longer work and the films have become creative misery-fests. To prop up their sagging ratings, legacy channels frequently insist on a very local subject, often presented by a local host. With a few notable exceptions that local host and local subject will be almost impossible to sell abroad. Your share of the back end won’t be much.

Then there’s all that interference from terrestrial commissioners. As their ratings slide, their response has been an ever tighter grip from the top. Rather than hire you to do your job, your commissioning exec will send the film up to their boss, who sends it up to their boss who sends it up to the next boss and so on. The result? Contradictory notes, indecision and whimsy. You get the inevitable overrun in the edit, but you daren’t ask the channel for more for fear of never getting a commission again. What really hurts is it’s all because someone who has never had anything to do with the show’s development wants to make it more like a programme that rated on the channel last week.

You end up with furious PDs [production designers] and despairing production managers. Word gets out to the industry that “it’s been a nightmare”. You’ve hurt your brand and because no one has bought it outside these shores, you’ve made no money. All that pain for a single showing to an audience that is half what it would have been ten years ago.

Contrast to how your multi-part series works for you. Your client is an emerging cable network. The commissioning executive has 500+ hours of TV to look after. She or he has no time to get into your cutting-room. They rely on you to make it good. Apart from a few notes on how to make the tease at the top better, you are left on your own to make the programme as you want it to be. The production team love working on it because they only have to please one person – you. You don’t have to make Mr Celebrity Host look good or find a story in their ramblings. You’re just telling a cracking good yarn in the way that your years of experience tell you is the best way to do it and you can exploit economies of scale so even though you have less money per hour, it’ll still look sensational. The creative freedom – for all the lack of money per episode – is truly liberating.

And if it rates, you will get another series and then another one, as the one thing a cable station wants is reliable performers. Better still, without the celebrity host and with a universal choice of topic, you have buyers from LA to New Zealand. Millions more people see it than on a single terrestrial transmission. This “low-budget” series helps you create a truly global brand for your indie.

Sounds like a fantasy? Look at how Raw TV made its name, or how Cineflix became so huge. We at World Media Rights are constantly doing returning series. It makes for shorter commissioning cycles, more fun and a lot more profit.