…or how streaming services are saving TV series and allowing others to get made.

Pay TV operators are living in fear of people dumping their services for streaming equivalents such as Netflix or Amazon/Lovefilm. Their concerns will not have been assuaged this year as both launched a raft of premium, original content that won plaudits, column inches and subscribers.

UK pubcaster the BBC recently confirmed it is looking at partnerships that could enable the axed Ripper Street (pictured) to return “but at better value to licence fee payers”. That is understood to be BBC speak for a deal with Amazon’s Lovefilm with the pair talking about whether they can work together to save the Tiger Aspect-produced period cop drama.

The news came a week after the broadcaster announced it was cancelling the period cop series, which was getting hammered in the ratings by reality show I’m a Celebrity… on arch rival ITV, provoking a social media storm from fans of the drama show (appropriately, cinematographer Thomas Townsend broke the Lovefilm news on Twitter).

Netflix, meanwhile, is more experienced in the salvage business. Its most notable resurrection act has been Arrested Development. The resulting 13x30mins season seven years after the series wound down on US cable may not have won over the show’s hardcore fans, but showed its willingness to buy into franchises that were off air but still in the zeitgeist.

What links all of the salvaged shows is that they had an existing brand value and hardcore fan base willing to seek them out. That’s not enough for a mainstream commercial broadcaster, but it is a great marketing story if ad revenues are not part of the picture.

In the US, The Killing (pictured, below right) was first part-saved and then fully rescued by OTT.

The US remake of the Danish-originated noir drama is on US cable net AMC, which initially wanted to bring down the curtain after two seasons. That was until Netflix stepped in. “Our agreement with Netflix played an extremely significant part in the studio’s strategy that enabled us to bring The Killing back for a third season,” said David Madden, president of the show’s producer Fox Television Studios, at the time. 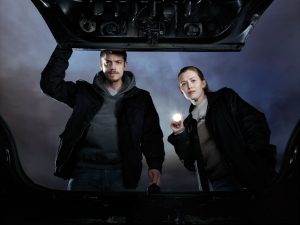 Fast forward to this November and the streaming service has gone it alone and ordered a six-episode final series, which it will launch next year.

As well as stumping up money for shows OTT services are also allowing viewers to binge on and keep-up with serialised shows and find an audience in territories where a series has faltered on TV.

Breaking Bad scribe Vince Gilligan (pictured, below left) says streaming services saved his show. “I’m no expert on the sociological elements of it, but I’ve got to think a big part of what has changed is streaming video on demand, particularly with operations like Netflix, iTunes and Amazon Prime,” he told Variety.

In the UK, Netflix showed the super-buzzy final eps of Breaking Bad just a day after they air in the US and it has just scored international rights spin-off Better Call Saul, meaning it will be on Netflix in Europe and Latin America soon after its debut on AMC in the US.

Saving cancelled shows is not a new phenomenon in the US – DirecTV rescued Damages, NCIS antecedent JAG moved from NBC to CBS and Third Rock from the Sun from ABC to NBC – but having the deep-pocketed OTT players involved widens the scope of what might get another chance.

But why bother rescuing a show? After all, it was cancelled for a reason.

What links all of the salvaged shows is that even if viewing numbers were tailing off they had an existing brand value and hardcore fan base willing to seek them out. That’s not enough for a mainstream commercial broadcaster that needs to deliver a mass of eyeballs to its advertisers, but it is a great marketing story and hook if ad revenues are not part of the picture.

So, why not bring back something like, for example, The X Files? The ultimate fanboy series has had its day on network TV, but it has a loyal set of fans and male lead David Duchovny is about to find himself with some spare time after Showtime said it would not order any more Californication beyond the upcoming seventh series (which might itself be another salvage candidate).

An announcement of any show in The X Files universe would be enough to make Comic Con spontaneously combust. The same could be said of Firefly or Doll House or even Star Trek and there are various online petitions and lists canvassing support for different shows.

Netflix has been linked to numerous rescue operations of cancelled series including Peter Chernin’s dino drama Terra Nova and another US network show, The Event, but neither came to pass.

Futurama – considered by its fans to be the smarter, funnier younger sibling to The Simpsons – is another candidate to be resurrected by a streaming service.

Comedy Central has reworked the direct-to-DVD movies for TV but with Netflix having just moved into original animation for grown-ups with BoJack Horseman (pictured, left) – with Michael Eisner’s Tornante on production duty – and Amazon already making a range of animated series, OTT might be the better home for any future episodes. Certainly, the fans behind the ‘Netflix should save Futurama’ Facebook group think so.

Amazon will be stepping into unchartered territory if it does save Ripper Street, but it is already influencing what gets made on mainstream TV and contributing a large chunk to the funding of big-ticket series. 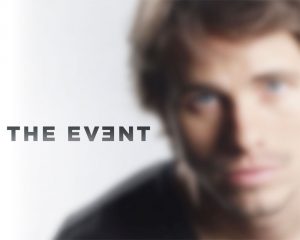 It has acquired Under the Dome (pictured, bottom), the CBS network’s breakout summer hit. Having stepped in for season one, CBS boss Les Moonves said that Amazon is paying US$700,000 an episode for season two, covering about a quarter of the production cost.

This means the Stephen King adaptation has turned a profit before even hitting CBS’s air. Moonves recently expanded on this, telling analysts: “We started out saying, ‘All right, how can we do original programming in the summer?’ and when we took an international number and add that to the Amazon number, suddenly, we covered the cost of production. So we were in profit before the show even went on the air in the summer.”

The smart money is surely on Amazon cutting the same deal for CBS next sci-fi hit, next summer’s Halle Berry series Extant. 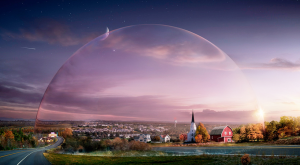 Amid the rescue acts, another logical consequence of all of the OTT platform’s original programming activity could be buying production companies… in the meantime they are keeping producers in work with their ever-expanding slates of originals.