Catherine Powell will relocate from London to Sydney to run Disney Australia and New Zealand. 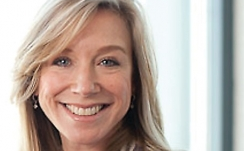 The news came following the announcement that long-serving Disney boss John Cracknell is retiring and will depart in July 2014.

Cracknell has been with Disney since 1992 and has been managing director, The Walt Disney Company Australia and New Zealand, since 2010.

Powell will fill that role after he leaves. She is currently senior VP and general manager of Disney Media Distribution, EMEA. She has been with Disney for ten years having previously been at BBC Worldwide.

Disney told TBI this morning that Mark Endemano will fill Powell’s role. He is currently CFO, The Walt Disney Company EMEA and prior to that was senior VP, finance & business operations, Disney Media Networks & Distribution and CFO of Disney Media Distribution International.

Like Cracknell, Powell will report to Andy Bird, Chairman Walt Disney International. In a memo to staff Bird said that Cracknell had approached him to talk about retiring a few months ago. “Twenty-three years of service is rare in today’s corporate world,” he noted in the internal memo.

In the official statement about the changes Bird said: “For 23 years John has displayed amazing commitment and dedication to the business, has created a world class team and in rising to the challenges of our industry, leaves The Walt Disney Company Australia and New Zealand in excellent shape.”

Speaking about Powell’s appointment, he said: “In the appointment of Catherine we have a terrific executive who keenly understands the future of the media industry. Her digital skills combined with exceptional management acumen and collaborative approach will make her a great leader for this region.”