Superindie FremantleMedia is opening an office in Oslo, Norway, and has poached the creatve chief at Nordisk Film TV to run it. 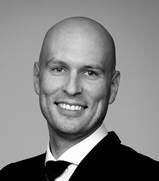 Petter Testmann-Koch will next year set up the office and be responsible for day-to-day running of the operation, which will be called FremantleMedia Norge. As managing director, he will focus on developing original content, producing FremantleMedia formats in Norway and working with FremantleMedia International’s sales and licensing operations.

The news comes as FremantleMedia’s latest push into the Nordic region, with the Norway operation coming after Anne Bromstrom took over as managing director of its Danish prodco Blu and the company taking a majority stake Miso Film, another Danish producer.

Testmann-Koch will join the company from Nordisk, where he is currently chief creative officer and executive producer. His production credits include 1 Degrees North, Home of the Year, Celebrity Cook Off and The Voice of Norway.

He will report into Daniela Matei, FremantleMedia’s CEO, Nordics, Eastern Europe and Balkans, who said: “Petter is a highly experienced and talented programme-maker with strong relationships within the Norwegian and international markets.

“He is a truly creative entrepreneur, having successfully run his own production company; this, together with drive and strong leadership skills, positions him well to launch the Norwegian business and solidify FremantleMedia’s presence in the Scandinavian market.”

Testmann-Koch added: “The Norwegian TV market is a great place to be at the moment, and I sincerely hope that with the power of the FremantleMedia brand behind us, we’ll continue the success of its iconic shows, as well as developing new content for the Norwegian audiences.”

He joins in Spring next year.