Sony goes on the offensive, shifts focus to TV

Sony reacted to calls to split its technology and entertainment operations yesterday with the company’s top executives emphatic that TV and movies are a core part of the business and critical to its wider success. 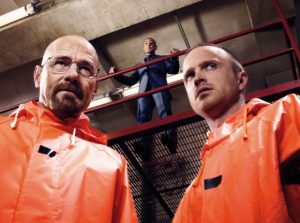 Breaking Bad has been a big hit for SPT

Within the entertainment segment, the studio’s TV and movie bosses were clear that the emphasis will shift from features to higher margin TV franchises and international channels.

The other overriding message at the company’s investor day was that there will be more cost cuts across the business with hundreds of millions of dollars in savings still to be implemented.

The investor day came against a backdrop of increasing pressure from activist shareholder Daniel Loeb who, through his hedge fund Third Point, owns about 7% of Sony.

Kazuo Hirai, president & CEO, Sony Corporation, yesterday opened the investor event, which was held at the company’s Culver City base in Los Angeles. He told the assembled analysts that entertainment was part of the fabric of the business, was “key to its future growth” and that there are growing opportunities to combine content and hardware.

Michael Lynton, CEO, Sony Entertainment, expanded on the theme and said that there will be fewer movies produced and the focus will move to the TV business. He noted that TV production had been “desolate” at Sony a few years ago but has been reinvigorated by a recent pipeline of hits including Breaking Bad and The Blacklist.

There will be “a significant shift from motion pictures to higher margin television production and networks,” he told investors.