CBS’ COO Joe Ianniello has told analysts that the introduction of new platforms and digital services is allowing the company to “reprice and reset” what it can command for its content.

CBS recently issued bullish forecasts for its international content business and Ianniello told a Wells Fargo TMT conference this week that the advent of new SVOD and digital services in the US was providing it with huge opportunity.

The advent of satellite and telco-driven TV services boosted the CBS content sales business in the past and now the introduction of SVOD services will do the same, Ianniello noted. “Now whatever this new wave of entrants will be it’s going to make it better because it is not saddled with the legacy obligations and infrastructure of their predecessors,” he said.

CBS recently did an exclusive SVOD deal with Netflix for its crime series Dexter (pictured). Across all windows the Showtime series, which stretches to almost 100 episodes, is worth in the region of US$2 million an episode to CBS, Ianello confirmed. 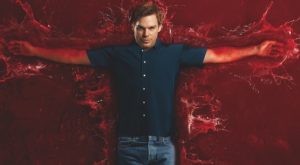 He added that the new entrants in the content space are approaching programming deals with a different mindset to the traditional players.

“If we have a conversation with Microsoft, Sony, Intel, Google and Apple they don’t start by saying ‘you’re a broadcaster, your content is free’, they’re saying ‘let’ see how much do you have, how does it resonate, how can we package it, is it what consumers want?’. That fresh look allows us to reprice or reset the marketplace.”

The CBS boss added that as the number one broadcast network and company with the deepest library all new SVOD and digital services will need its content.

“You won’t see someone launch a TV service without CBS because that would mean you won’t have NFL, won’t have the shows and content in our library. If you want to play with the big boys you need to do content deals and CBS will be one of these.”