DreamWorks into TV: Classic and Awesome 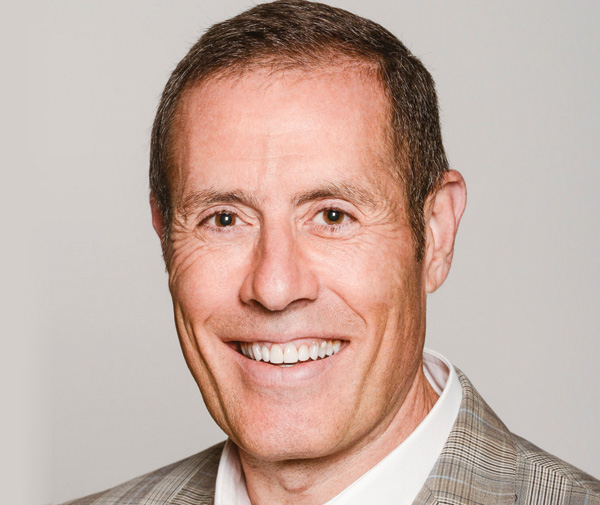 In diversifying away from movies, DreamWorks has made two key acquisitions, the multimillion dollar deal for digital producer and channel manager AwesomenessTV and US$155 million acquisition of Classic Media. Classic Media founder Eric Ellenbogen tells Stewart Clarke about becoming part of DreamWorks.

DreamWorks Classics offers something no other kids company can, says Eric Ellenbogen: the ability to provide studio level content that does not come from one of the big three studio-owned kids firms.

While Cartoon Network, Disney and Nickelodeon dominate the kids TV space and are primarily concerned with servicing their own outlets, DreamWorks Classics can package features including Shrek and Kung Fu Panda with classic kids series such as Rocky and Bullwinkle, Lassie and Sabrina the Teenage Witch. It is also shopping the original series that will come out of DreamWorks’ production pact with Netflix.

Ellenbogen created Classic Media with John Engelman in 2000, before selling and rebuying it in 2008. Last year’s US$155 million acquisition of the company by DreamWorks marks the first time the business is not primarily backed by a private equity firm and that, Ellenbogen says, frees the creative shackles and means looking beyond getting the financials in order and engineering a profitable exit.

“We wanted a thoughtful and strategic partner not just a financial backer and we wanted to have colleagues in the business, not just from the financial side,” he says. “We have financial requirements, but it is about a deep investment and is long term oriented.”

Ellenbogen and Engelman run the international television acitivities at DreamWorks, covering distribution from London and the new DreamWorks Classics division.

In June, there was an output deal with Super RTL that stretched to 500 hours of content and titles included The Penguins of Madagascar through to Rocky and Bullwinkle and covered content from both the DreamWorks and Classic line-ups.

It is a sign of what’s to come and other output and volume deals are on the cards. There is also more content to sell after DreamWorks acquired the Chapman catalogue, giving it Fifi and the Flowertots and others.

“The idea is to be the largest single supplier of the highest quality content in kids entertainment. We have the advantage of being a major but not having a vertical channel that we have to supply,” says Ellenbogen.

The fact DreamWorks can fully fund content also gives it flexibility and means the company does not need to “assemble a United Nations of partners” to moved ahead with a project. “Independent producers depend on presales and fractionalising their rights to raise the money for production,” Ellenbogen says.

“One key advantage we have is we can come to market with fully financed projects; we’re not dependent on regional presales or coproduction although we can still avail ourselves of these.”

One copro underway is a reboot of Noddy – which Classic acquired from Chorion – with Gaumont Animation. The 52x11mins CGI series is for French public broadcaster France Télévisions.

There is also a new season of George of the Jungle for Teletoon in Canada and, Ellenbogen tells TBI, there will be a new storyboard-driven version of shortsighted cartoon icon Mr Magoo.

The DreamWorks distribution division will be selling Turbo: F.A.S.T. (pictured), a TV spin-off from the DreamWorks animated movie being made for Netflix. It is the first show to be announced following the 300-hour original programming deal between the studio and the streaming platform.

It also has the DreamWorks Dragons series for Cartoon Network, based on the How to Train Your Dragon franchise as well as the 26-strong movie catalogue, which has been in film theatres, but Ellenbogen says, is largely untouched through other forms of media.

Ellenbogen is keen to initiate discussions with international partners about versions of content from AwesomenessTV, the tween-focused YouTube channel operator.

Localising AwesomenessTV will be important Ellenbogen says: “It has enormous potential and we’ll be talking to telecasters about the creation of local Awesomeness content.

“Given its wildfire nature and the audience it addresses, it has the potential to be replicated with local kids and talent and we would produce it locally with a partner.”

He adds: “Digital content that drives linear viewing is the Holy Grail for a broadcaster.”

In the second part of this interview TBI interviews AwesomenessTV founder Brian Robbins.