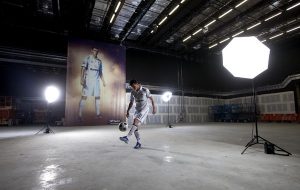 The agreement, which comes into effect from the 2015/16 season, strikes a blow to UK broadcaster ITV and pay TV operator Sky, which currently share UK Champions League rights between them.

BT’s bouquet of sports channels, which launched earlier this year, will be the new UK home to all live UEFA Champions League and UEFA Europa League football – marking the first time that a single UK broadcaster has won the exclusive live rights to all matches from both tournaments.

BT agreed to pay around £299 million a season for the rights and will now be able to air all 350 matches from both tournaments. The firm said that it could incur the cost of the rights “without changing its current financial outlook”.

However, in a statement, Sky accused BT of over-paying, claiming: “We bid with a clear view of what the rights are worth to us. It seems BT chose to pay far in excess of our valuation.

“There are many ways in which we can invest in our service for customers. We take a disciplined approach and there is always a level at which we will choose to focus on something else. If we thought it was worth more, we’d have paid more.”

Announcing the deal, BT CEO Gavin Patterson said that “European football will be far more accessible and affordable with BT” and will give a “major boost to BT Sport,” giving viewers more of a reason to sign up for the service.

“I am thrilled that BT Sport will be the only place where fans can enjoy all the live action from the UEFA Champions League and UEFA Europa League. Both tournaments are world class and firm favourites with many,” said Patterson.

BT predicted that the rights are expected to “drive additional growth in BT consumer revenue and profits over the medium-term.” BT said it will pay a deposit of around £60 million in November 2013 followed by six-monthly instalments commencing July 2015.