Nancy Tellem: Lighting up the Xbox 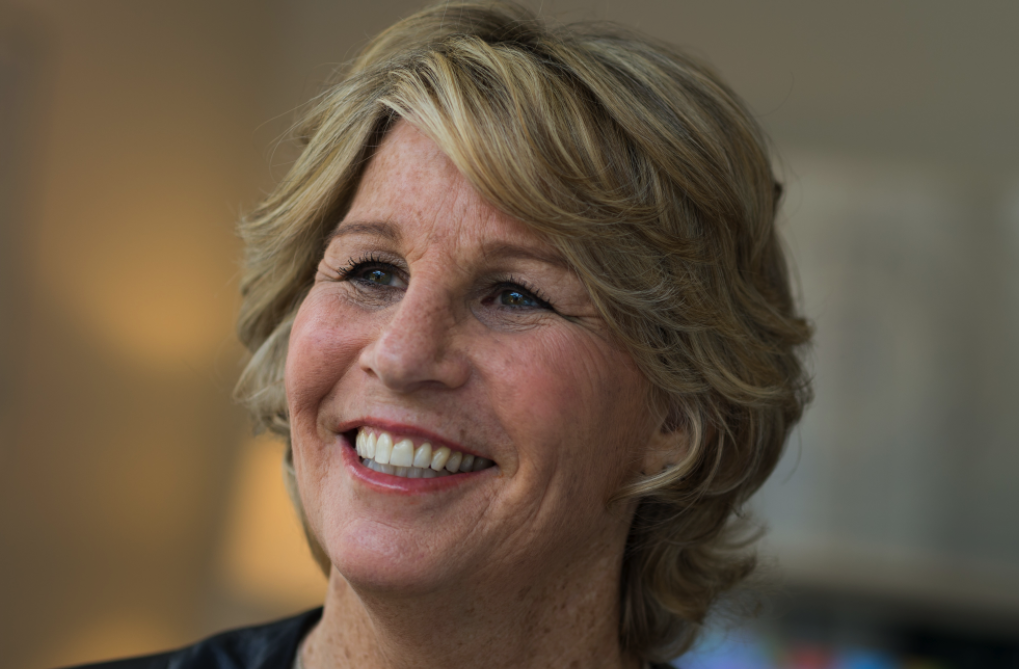 Nancy Tellem is entertainment and digital media president at technology, software and hardware giant Microsoft where she runs the fledgling Xbox Entertainment Studios production unit. For more than a decade before that Tellem had been squarely in traditional media, in the US broadcast sector, where she was president of CBS Network Television Entertainment.

“I’m looking at lighting up the Xbox platform,” Nancy Tellem says when asked about her role running Xbox Entertainment Studios. “We have a competitive advantage over a cable box, or Roku or any other box. We are in a unique situation and have the technology and can employ interactivity in real time.”

Tellem’s division is tasked with creating content for Xbox owners and content that will attract new customers as Microsoft makes a play for control of the living room. A lot of the Studio’s attention is focused on content for the upcoming Xbox One console, which launches in November in the US. Interactivity is the key word and Tellem says she is relishing the ability to offer true engagement with content – and the freedom from the constraints of developing, piloting and launching content at specific times of year as was the case in her TV days.

“I have spent years dreaming about this opportunity – in other [traditional] media companies interactivity has always been clunky and after the fact,” she says. “There’s a big shift in the audience and how it is engaging. The majority of the Xbox audience and those who want to come on board want an integrated interactive experience.

“It’s a seminal time in the media industry and we are in a unique position. There is an element of education as well – about the capability of One and how you can engage and interact with the platform, with voice and gesture control.”

On year-round development she says: “It’s the greatest model ever; I spent years being constrained by the cadence of traditional TV, and our focus is 365 days a year.”

Thus far the highest profile Studios project announced is a live action series based on the Halo games franchise that will be made by Microsoft’s 343 Industries and Xbox Studios. The real excitement about the project stemmed from the executive producer attached: Steven Spielberg. Halo is a fully owned Microsoft property and Microsoft has already launched one Halo series, Halo 4: Forward Unto Dawn, which is distributed by Content Television. With upcoming projects Xbox Studios will look to work with other entertainment companies.

“We’re very open to partnering and co-owning [content], we have relationships with networks, studios, talent and creators and there are conversations and not just in the US,” Tellem says. “We’re looking for creatives who want to create unique TV experiences on Xbox.”

There is little detail on specific projects aside from Halo, but there is a partnership with the NFL whereby football fans watching via the Xbox can have personalised highlights and fantasy football. The Studios boss says that her unit will, ultimately, be making scripted, unscripted and factual programming. There are almost 50 million subs to the Xbox Live service, which already offers a range of apps and ways to access content, much of which sits behind a paywall. The pricing model for original content is unclear and Tellem says the company is “still working through payment models”.

As that happens, Xbox Studios has also been staffing up. David Renke has joined from Sony Pictures Entertainment as director of strategy and business development and Josh Feldman and Albert Page as VPs, creative, the latter joining from Mandeville Films (The Fighter). In the UK, it has recruited Jen Topping from broadcaster Channel 4 for its London-based Soho Productions division.

The original content release strategy has not been finalised, but it looks like Xbox is shying away from the Netflix model of putting out all episodes at once. Tellem says: “We’ve been discussing the Netflix approach. It is a reflection of the content you are producing. Catch-up, which is what Netflix is, suits binge viewing. I think with some projects, and as we develop content with games or with events, it might not be the optimal opportunity to focus on binge. It works from a psychological standpoint from a consumer perspective and people do say: ‘If I want to watch it I can’, but the reality is most people don’t do that. There is a value to giving each episode a bit of space, to allow it to generate conversation and discussion. It depends on the content, but you want to build interest.”

Part of the Studio’s remit is to reach out beyond the gamer demo and Tellem says engaging a wider audience and expanding the Xbox customer base is one measure of return on investment: “A lot of people choose their device, their console, tablet or phone because of the content on the platform.”

Whether Tellem succeeds hangs on whether her unit can develop programming sufficiently engaging to make people choose Xbox. After all, Sony also has original content plans for its new PlayStation console and also has a huge TV and film production business in the family with which it can collaborate.

Meanwhile, Tellem says her old employer CBS and the networks should not fear Xbox. “We’re not cannibalising TV, we’re augmenting it and elevating it relative to linear content. They should respect Xbox’s hope to create an enhanced, differentiated content experience.”