Venezuela’s Cisneros Group has promoted Jonathan Blum to president of Cisneros Media, a newly formed division housing all of its media and entertainment companies. 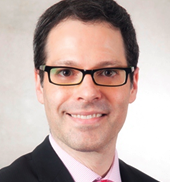 Blum has been VP and general manager of the Venevision channel since 2011 and will now lead the new unit, which comprises Cisneros’ pay TV, production, content distribution, music and beauty pageant divisions.

“Since taking the position of general manager of Venevision in 2011, Jonathan excelled at the tasks placed before him, bringing a fresh new perspective to the production of new and innovative programming, and consequently, maximising advertising revenues, market share, and increasing the company value,” said Cisneros Group CEO Adriana Cisneros.

“Now as president, Cisneros Media, we are confident he will succeed in bringing together all of the organisation’s expansive media and entertainment interests to create a prominent global content provider for all platforms, present and future.”

The appointment comes soon after Adriana Cisneros replaced her father Gustavo in the CEO role, with the older Cisneros retaining his position of chairman.

“We will find strengths in our diversity, enabling us to cover all aspects of the industry, from development, production and distribution, with greater focus and unity to confront the challenges of the future by embracing new technology and creating exciting and profitable content that can naturally flow between all digital platforms and multiple screens,” added Blum.

The executive first joined Cisneros in 2001 before exiting to join E! Networks Latin America in 2007. He returned two years later, initially as executive director, before being promoted to VP two years later.

He and is team will now be based in Miami, Florida.