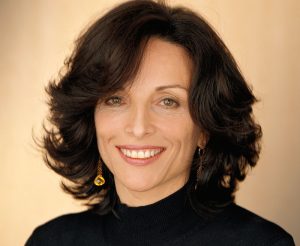 ITV has hired Orly Adelson as president of its ITV Studios America.

The UK broadcaster has been aggressively expanding its Studios content division, notably in the US.

The latest move sees it poach Adelson, who will leave her role as president of Dick Clark Productions to run ITV Studios America. ITV recently restructured its US operation with all activity housed within ITV Studios US, which is run by Paul Buccieri.

He said: “Orly is the perfect blend of both creative and commercial and has an impressive track record with some of the top brands on television. I’m confident that she will continue building on the success of ITV Studios America, which is a key component to our international operation.”

Adelson said: “ITV Studios is committed to providing the talent and resources to continue its expansion and leadership in North America programming. I am thrilled to be joining this vibrant company and working with Paul Buccieri and his outstanding team.”

Adelson joined Dick Clark Productions in 2008 from her own company, Orly Adelson Productions. At Dick Clark she oversaw the producer’s roster of shows including So You Think You Can Dance?, Dick Clark’s New Year’s Rockin’ Eve with Ryan Seacrest, Golden Globe Awards and American Music Awards.