Central European Media Enterprises has appointed a pair of co-CEOs to replace the departing Adrian Sarbu, one a former Alpha Media and RTL Televizija chief exec and the other a Time Warner strategy boss. 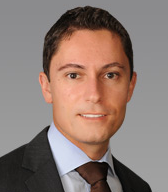 Mainusch has previously been CEO of Greece’s Alpha, RTL’s operations in Croatia and Germany’s ACS Media. He was most recently a consultant to Turner Broadcasting’s international president Gerhard Zeiler and before that sat on the RTL management board.

Del Nin has been Time Warner’s senior VP, international and corporate strategy since early 2008 and has also been a CME director since 2009.

Together, they will now helm a suite of channels across six territories, include Slovakia’s Markiza, Czech Republic’s Nova and Bulgaria’s bTV.

The appointments strengthens Time Warner’s hold over CME – the US-based company is CME’s leading shareholder with a 49.9% stake. CME has been hit by the global economic recession and subsequent shrinking advertising markets but will hope to stabilise under the new management.

Ronald Lauder, CME’s founder and board chair, said: “We are very pleased that Christoph and Michael are leading CME’s executive team. Michael is an insightful executive with a well-developed understanding of the media business, and Christoph brings a wealth of operating experience and has a proven track record of successfully managing broadcasters, including in our markets. We believe their skills and experience are the right fit for CME.

“This dynamic combination of Michael overseeing corporate matters, allowing Christoph to focus primarily on operations, demonstrates the Board’s commitment to getting the right value for CME shareholders.”

Mainusch called their new roles a “challenging task” and added: “We will do our utmost to build on the company’s current position of audience share leadership in each of its six countries”.

Previous CEO Sarbu resigned last month after nearly two decades to launch his own content company that will be back by CME investment of up US$3 million. He officially exits on January 1, 2014, as the company transitions to new leadership.