NBCUniversal has confirmed that Kevin MacLellan has been elevated to chairman of its international operations. 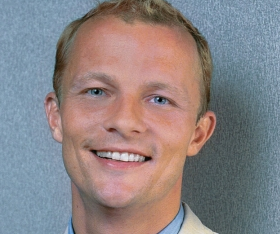 The move, which sees MacLellan become chairman, NBCUniversal International, from his previous position of president, international television, follows yesterday’s news that Jeff Shell is moving back to LA from London to run the Studio’s film division.

MacLellan (left) will remain in London in the new expanded role in which he assumes responsibility for all of the Studio’s activities outside the US.

NBCU CEO Steve Burke said: “Over twelve years with Comcast, Kevin MacLellan has proven himself to be a dynamic and talented executive. With his extensive international experience, I am confident Kevin’s strategic leadership will take NBCUniversal International into its next phase of growth.”

MacLellan added: “NBCUniversal and Comcast’s unique combination of content and distribution assets present many significant opportunities to grow our International business across multiple markets and media platforms in a dynamically evolving landscape. We are in a great place to take our growth to the next level.”

MacLellan ran Comcast International Media Group prior to it buying NBCU and him taking a wider role across the new group. Before joining Comcast in 2001 he was VP, international TV networks at Sony Pictures Television.