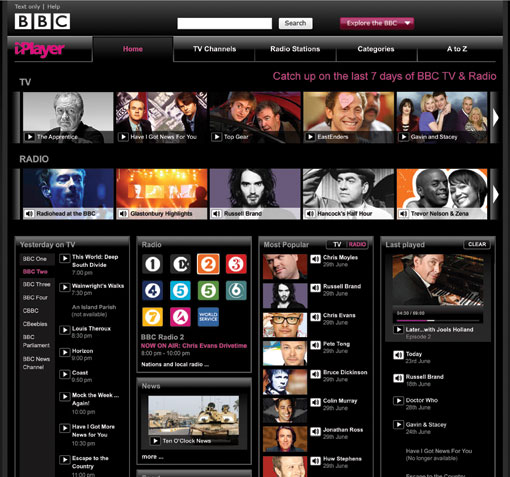 The BBC’s iPlayer video-on-demand service had a record proportion of mobile traffic in June, as viewing on PC sunk to an all-time low in terms of viewing percentage.

Overall in the month, the BBC logged 239 million programme requests across all platforms – 79 million from mobiles and tablets, 106 million from PCs and the rest from games consoles, internet TVs and other devices.

The BBC logged an average 7.4m daily requests in June with weekly requests remaining steady at 52m requests during the month.

In terms of the most popular catch-up content, The Apprentice and The Voice dominated the top TV episodes for June, although new series The Call Centre and The White Queen were also very strong performers, the BBC said, with their top episodes both attracting over 1 million requests.

Tags: BBC, iPlayer, The Apprentice, The Call Centre, The Voice, The White Queen