BBC Productions’ chief creative officer Pat Younge has resigned from his position, citing the new commissioning and production structure at BBC Television as the cause of his departure. 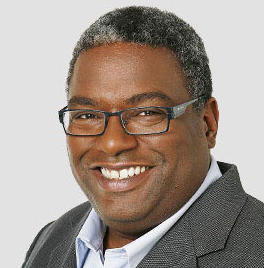 Younge said that while he “fully” supported the BBC’s new ‘genre-based’ process and could “already see an improved creative relationship between commissioning and production,” the changes had “significantly” impacted on his own role.

Younge has been with the UK pubcaster’s production unit since 2010 and was previously president and general manager of the Travel Channel.

“Personally it’s been a privilege to lead what I believe is the most creative team of programme makers in the business,” he said in an internal note.

“I would like to thank Pat for his absolute commitment to In-house Production over the last three and a half years,” said BBC director of television Danny Cohen. “As chief creative officer, Pat has championed In-house Production, both within the BBC and externally, celebrating its programmes and content and the talented teams and individuals behind them.”

Younge will remain in his role until the end of the year and begin looking for new opportunities both within the BBC and in the wider market place.

Cohen said it would be “business as usual” in coming months, with an announcement on future plans coming in the autumn.