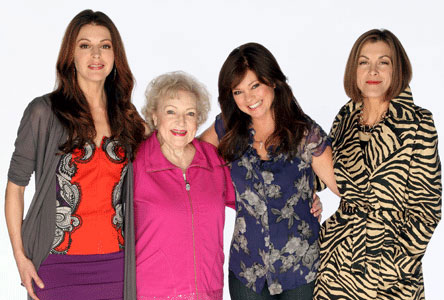 Endemol has inked a deal for a Russian version of its hit comedy series Hot in Cleveland and the local adaptation will roll out later this month, TBI can reveal.

Channel One, the country’s largest free-to-air broadcaster, will air the Russian Hot in Cleveland and it will debut on Monday, July 29.

Endemol-backed Weit Media has made the show. The producer has already adapted Endemol shows including The Ten Million Show, the local version of Money Drop. It is also remaking shows from non-Endemol companies, including Keshet’s Prisoners of War, the drama that was the basis for Homeland, for the Russian market.

Hot in Cleveland launched on Viacom-owned US cable channel TV Land. It is produced by Hazy Mills Productions and Endemol picked up international rights soon after it launched in 2010 as part of a push into scripted programming.

The US version stars Betty White (The Golden Girls) alongside Frasier‘s Jane Leeves, Touched By An Angel‘s Valerie Bertinelli and Just Shoot Me‘s Wendie Malick as a group of past their prime entertainers who, by chance, end up living in Cleveland, Ohio.

The Russian version will see the lives of a group of best friends from Moscow change forever when they unexpectedly find themselves in a small town and decide to stay.

Endemol Worldwide Distribution says it has shopped the finished version into more than 200 territories.

Russia, meanwhile, has emerged as one of the key territories for owners of scripted formats. Other shows that have been remade for the Russian market include Prison Break and How I Met Your Mother.