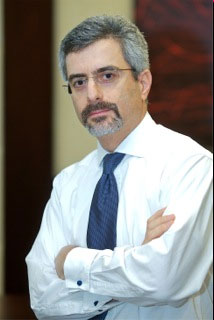 SES president and CEO Romain Bausch (pictured) is due retire from the satellite operator after more than 18 years in the job, with board member Karim Michel Sabbagh named as his successor.

Bausch informed the SES board of directors that he plans to step down at the next annual general meeting of shareholders in April 2014, SES announced today.

In a meeting last week the board appointed Sabbagh as Bausch’s replacement, joining the company on September 1 as CEO designate, before officially taking up the role – after a handover period – on April 3.

Bausch, who turns 60 next month, has been president and CEO of SES since 1995, before which he had a career in the Luxembourg Ministry of Finance. He will continue to serve as a non-executive director on the SES board.

Sabbagh has served as a member of the board at SES and its audit and risk committee since April 2011. Until recently he was also a senior partner and global and regional practice leader for communications, media and technology at management consultants Booz & Company, which he joined in 1998.

“Karim’s vast knowledge of our industry, his experience in the emerging markets as well as his management skills will further enable the company’s growth potential. We are confident that, under Karim’s leadership, SES’ management and employees will continue to drive innovation and quality of service to support our customers and business partners and create shareholder value,” said SES chairman of the board René Steichen, who also praised Bausch’s almost 20-year tenure in the post.