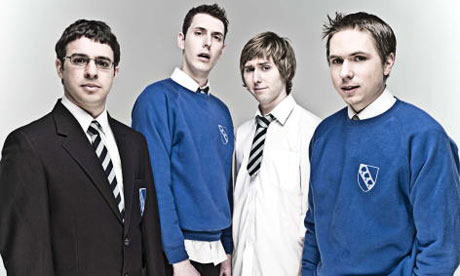 The Scandinavian production and broadcast group has beaten off competition from Sky Vision to acquire a 92.4% stake in DRG, which counts The Inbetweeners and Don’t Tell the Bride in its catalogue, for an enterprise value of £15 million (US$23.5 million).

DRG staff were informed of the deal, which TBI reported reported last month, yesterday. They heard company founder and former CEO Jeremy Fox would be returning to his position, with managing director Jonathan Jackson exiting.

Other senior staff members including senior VP, sales, Patrick Roberts; managing director, acquisitions and formats, Andrea Jackson; and head of scripted acquisitions and development Anke Stoll have all signed agreements to remain with the company.

Fox and the DRG management team will retain 7.6% of the company, which has 32 staff and made earnings of £1.6 million on top of revenue of £23.4 million in the 12 months to March 31 this year. Previous owner Ingenious Media Active Capital has exited, with MTG taking over its 76.4% share.

TBI understands Patrick Svensk, MTG’s executive VP, content and CEO and chairman of MTG Studios has been championing a deal to add an English-language distributor to the fold as part of a wider strategic move into the UK and US.

Novemberfilm, meanwhile, is based in Oslo and has 12 staff. It’s behind local series such as The Zookeepers and has previously worked with MTG-owned Strix Norway on series such as Insider.

MTG Studios has paid an undisclosed amount to buy 51% of the shares from the management team, who will keep the rest. Novemberfilm made an operating profit of SEK 5 million (US$770,000) in the 12 months to December 31, 2012, with revenue coming in at SEK 17 million.

“We are very happy to welcome Jeremy Fox back as CEO for DRG,” he added. “He and the rest of the team will be a valuable addition to the MTG Studios team. That also goes for Novemberfilm, which provides us with a strong and exciting addition to MTG Studio’s current content portfolio in Norway.”

“MTG Studios’ acquisition of DRG will allow DRG to do what it already does brilliantly, even better,” added Svensk. “Independence is at the core of DRG’s operation and it will be business as usual at DRG, except that the company will have greater firepower, fully resourced to invest in and support the independent production sector”.

The news brings a close to months of speculation about DRG’s future, which first began upon the departure of former CEO Fox and non-executive chairman Chris Wright last September. Company COO Jackson, a former investment executive from DRG parent Ingenious, replaced him and initially denied the company was for sale.

The company grew quickly through the acquisitions of Channel 4 International, ID Distribution and Zeal Entertainment.