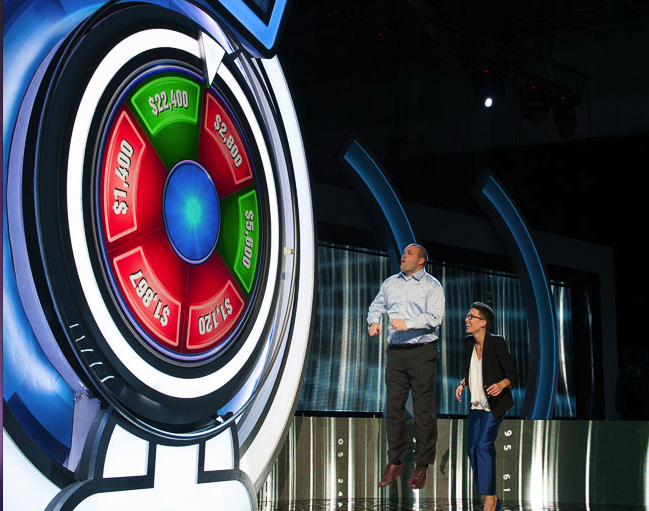 Smokebomb Entertainment founders Daniel Dales and Jarrett Sherman have launched a new digital venture and have a deal in place for a project with Mark Burnett.

They have now launched Digital Howard, which will focus on “creating and producing extraordinary 360 degree entertainment experiences for audiences on all platforms”. They will both act as executive producers on the firm’s projects.

The company will work with IP owners to expand their properties on to digital platforms from the initial stages of development onward.

The first project is Spin Off 360, on which Digital Howard is working with Mark Burnett’s joint venture firm One Three Media, Channel Zero-owned CHCH Television and Suddenly SeeMore… Productions.

Spin Off 360 will allow viewers to play along at home with the TV series Spin Off (above), a gameshow format that Burnett sold to CHCH in April, using a number of devices including tablets and mobiles. They will be able to use points accrued during the season to qualify for a digital tournament and win prizes and cash.

“We’ve assembled a talented team, and have already begun to put some exciting strategic partnerships in place.  We couldn’t be happier to be coming out of the gate with Spin Off 360,” said Dales, Digital Howard’s co-founder and executive producer.

“Digital Howard is at the forefront of creating a real, vivid and compelling second screen experience for home viewers.  We’re excited about the roll out of Spin Off 360 and can’t wait to have thousands of Canadians playing along at home,” added C. Scot Cru, senior VP of International Distribution & Production at One Three Media.

Digital Howard will make a series of announcement over new projects in coming months, the firm said. “We’ve already begun developing opportunities unique to the digital space and the pieces are falling into place,” said Sherman.