BSkyB has added a senior commissioning editor for drama, in the shape of a former ITV2, Shed and Kudos producer. 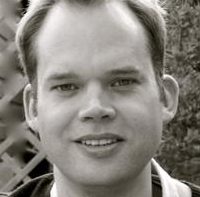 Cameron Roach (left) will oversee Sky’s dramas in production across the UK satcaster’s portfolio of entertainment channels, while also working on its development slate.

An earlier stint at Sky counts among Roach’s early jobs in TV. He counts working as part of ITV2’s launch team among his other roles, a role in which he executive produced the channel’s first drama, Footballer’s Wives: Extra Time. He also worked at Shine’s Kudos Productions, where he worked on Emmy-winning time travel drama Life on Mars and Moses Jones, and held posts at Tiger Aspect Productions, Shed Productions and the BBC.

Sky’s drama output includes the likes of Mad Dogs, Strike Back and Playhouse Presents... The News Corp-owned pay TV provider says it remains committed to upping spend across genres on original UK series to £600 million (US$910 million) a year by next year.