Viacom International Media Network’s senior VP Caroline Beaton explains how social media has created a ‘revolution at the speed of light’ that’s affected every format creator in the business.

Think back to the turn of the millennium, when format-based TV suddenly became a very big business indeed. In the UK, Who Wants to be a Millionaire? was already well established as solid ratings gold. Big Brother was riding high, and Pop Idol was about to transform Saturday-night primetime forever.

Yet so far as the viewer experience was concerned, for all their entertainment value and creativity, these shows were pretty traditional. Certainly, the programme makers saw huge potential for engaging viewers in more ways, and glued on a veneer of interactivity with phone-ins and SMS voting. But at heart the game was still the same: millions of people, sitting passively on their sofas, served up entertainment created by executives in faraway TV Land.

Fast forward to 2013, and the new formats of today owe as much – if not more – to the viewers themselves as they do to the programme makers.

Of course, everyone working in TV now understands the power of social media to create a buzz around content, to engage, build and retain audiences – to create global communities united by hashtags.

But what’s less widely appreciated is how the spread of social media has democratised the creative process to the point where content providers arguably operate more like content mediators, tuning in to the interests and interactions of the real world as they develop new programmes and formats.

As the social networks have grown and grown, and woven themselves into so many aspects of our lives, their impact on TV has become profound: a giant feedback loop in which viewers have become our collaborators, sharing their real interests and preoccupations, and giving us the ability to create content that reflects their world back to them. 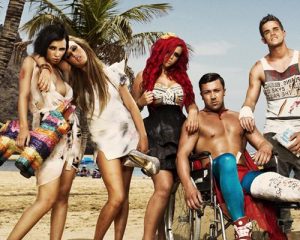 It’s nothing short of a revolution, and a revolution at the speed of light, too. After all, it’s incredible to think that Facebook didn’t exist at all until 2004 and Twitter until 2006.

And it’s a revolution with which my company, Viacom International Media Networks, is familiar, thanks to the fact that the ‘millennial’ and teen demographics who make up the bulk of our audience for channel brands such as MTV, Nickelodeon and Comedy Central are the most connected generations of all.

To be successful, formats must reflect this new reality. Take Catfish, for example, which has been a huge hit for MTV in the US and UK. This is a show that could only exist in the social media age. It began life as a low-key indie movie, which itself tapped into a millennial anxiety about whether we really know who we are in online relationships with, and in turn created a social media buzz of its own. It’s entirely due to the new ecosystem that this show, which has both strong social value and huge audience appeal, got to be made; it simply couldn’t have been created any other way.

But the social dimension doesn’t end there. Formats are, by definition, designed to be adapted to different markets and audiences around the world, and their potential to generate interaction is essential when it comes to distributing them to third-party broadcasters. In the Viacom portfolio, the massive success of Geordie Shore (above right) illustrates the power of social media to build brand engagement around a hit format.

And the examples aren’t limited to programmes for millennials and teens, either. Who would have guessed that the BBC’s biggest new format of the past year – both on-screen and online – would be an amateur baking contest?

If anyone needed proof that TV reflects the real world, that show is Great British Bake-Off (below left); a programme format that captures the realities of financially-squeezed Britain (and now many other markets) down to a tea-loaf. A Twitter and Facebook sensation throughout its run, it’s a show that brilliantly tapped into the ways people find comfort in uncertain times, embracing the domestic life – baking, cooking, knitting, doing stuff for themselves, and talking about it with each other.

GBBO also demonstrates that great programming can come from the most unlikely directions. Could anyone have predicted that the two biggest new dramas in the US last year would arrive via Denmark and Israel? Yet that’s precisely what happened with The Killing and Homeland – shows that transcended geography and culture to become huge hits, thanks to the online conversation they were able to generate – and continue to generate.

In the US, MTV already operates a “reverse-mentoring” programme, in which senior executives take time out from their schedule to talk to opinion-formers within the millennial and teen demographics. You’re never too big to listen and learn. We have to use the knowledge and insight social media gives us to produce formats that viewers really want – and to create the environment for them to engage with again and again, throughout the broadcast cycle and beyond.

Let’s not forget, social media is the best marketing tool there is. And it’s free! But it’s so much more besides. It’s become part of the fabric of the shows we make and the culture they inhabit, and we lose sight of that at our peril.

As I write these words, Twitter and YouTube are going crazy for ‘The Harlem Shake’. Twenty-four hours ago, the world had yet to hear of it, yet by the time you read this, it’ll be old news.

Just like I said – this is a revolution at the speed of light.