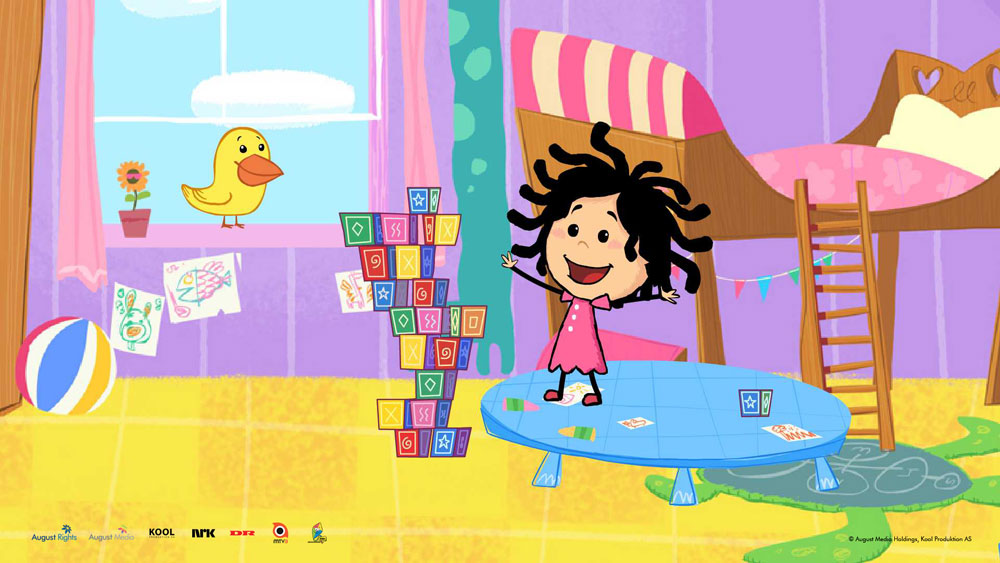 The kids content company is currently making the second season the show with its creators, Norway-based Kool Produktion.

It is also understood that NRK has ordered an additional 52 episodes of the show ahead of delivery of the second 26x7mins season to the Norwegian public broadcaster. Season two has a budget of about US$2 million.

Cake will sell all of the upcoming series internationally.

Kool’s founder Frank Mosvold told TBI that he has teamed with August for the second season of the show because he wanted to expand the franchise. Accordingly, Ella, a creative, happy five year old who gets into various adventures, has been given a new look for the second and subsequent seasons.

“We wanted to expand and improve the show and needed someone with experience, the universe is the same but we have made it much richer and it has a more sophisticated look.”

Kool sells the show in the Nordic region and has shopped it to DR in Denmark and YLE in Finland. Mosvold added that he has just received funding to develop four more paid-for Ella apps to complement the four that have already launched in the Nordic region.

Veteran kids producer Ginger Gibbons (Angelina Ballerina) is directing the new episodes of Ella. He said the appeal of the show lies in the titular character’s approach to life. “Ella solves problems without resorting to magic and kids really relate to that, to something they can do themselves,” he added.

It emerged last month that August had sold Scottish-based producer Red Kite back to a group led by its founder Ken Anderson.