Shine International’s interim CEO Nadine Nohr has been confirmed in the post on a permanent basis.

Nohr (below) has held the interim title at News Corp-owned Shine Group’s international arm since September last year, when she was drafted in to replace Camilla Hammer, who had left for personal reasons after less than a year in the role. 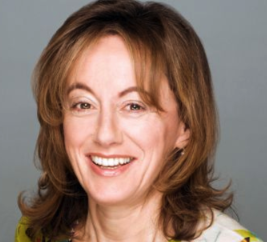 Nohr has been with Shine on a consultancy basis since 2010.

Shine International shops finished series and unscripted formats including MasterChef, One Born Every Minute and Clash of the Choirs to the global market. It has also stepped up its game on the scripted front with series such as Kudos-produced Broadchurch and Utopia, and third-party rights representation of shows such as BBC drama In the Flesh.

Nohr counts a major co-financing and global distribution agreement with Fox International Channels for Shine America/FX coproduction The Bridge, which is being pitched to buyers at the LA Screenings in coming days, among her achievements since joining Shine.

Nohr’s previous jobs include senior roles at Granada International, where she was managing director between 1996 and 2008, and BBC Worldwide, where she oversaw sales into the UK market as sales director. before joining Shine she was working as an independent consultant, during which time she lead a review of MTV’s international sales business.

“Nadine has been exceptional in her leadership of Shine International and I am delighted that she has accepted our request to become the permanent CEO,” said Shine Group CEO Alex Mahon. “She has been instrumental in the company’s recent successes, rapid growth and good health. I am tremendously excited for the times that lie ahead for Shine International with Nadine at the helm; she is a true master of the international sales business and we are fortunate to have her experience.”

Last year, Shine founder Elizabeth Murdoch stepped back from her group CEO role and handed responsibility to Mahon. Murdoch remains chairman. Shine has also brought in the likes of ex-Disney chief Rich Ross to run its US business and former FremantleMedia COO Gary Carter as chairman of Northern Europe.

“With such a dynamic team throughout Shine, brilliant third party clients and a varied and quality catalogue to bring to broadcasters I am thrilled about the many opportunities the future holds here,” added Nohr.