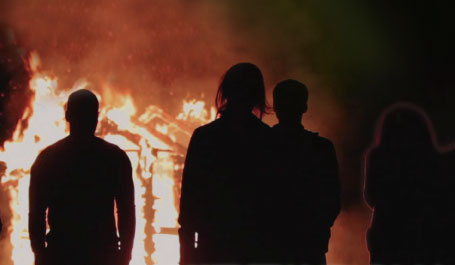 Producer and distributor Sierra/Engine will make the series with Capote producer Ohoven and his film and TV production business Infinity.

The series follows a group of contestants who think they are taking part in a Survivor-esque reality show in the mystical Siberian wilderness, but soon realise something more sinister is occurring as things start going wrong.

“It starts to go wrong for the 16 contestants and everything is captured on tape, so it looks like a kind of social experiment,” he says.

As well as having movie production talent on board in the shape of Ohoven, the show has been financed using an indie feature model.

“At Sierra/Engine we have been using a straight-to-series model with [Crossbones producer] Georgeville Television’s shows, a syndication and barter model as we did with Rescue 3 and now another one using an indie feature film model,” Philip explains. “People in that world are looking at other areas and TV is an obvious place for them to go.”

That means Siberia is fully funded series, but without a commissioning broadcaster.

Sierra/Engine is handling international sales of the series, which is currently in production.

Six episodes of the thirteen have been shot and filming is underway on the seventh. Sierra/Engine will launch it internationally at MIPTV next month.