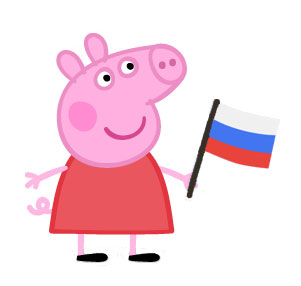 Entertainment One has shopped its hit preschool series Peppa Pig into Russia for the first time.

Entertainment One has shopped its hit preschool series into Russia for the first time.

Kids channel Karusel has acquired the series and eOne said a licensing and merchandising campaign will follow in the country.

The show, about a young pig and her family, will be stripped through the week on the Russian channel.

Following the deal eOne said it is “laying the foundations for a mass retail rollout in Russia this year”.

It has recruited Rosman Press as Master Russian licensing partner and it will introduce a wide range of Peppa merchandise later this year. Toys and publishing will launch, while a standalone magazine, arts and crafts and secondary categories will follow this Autumn.