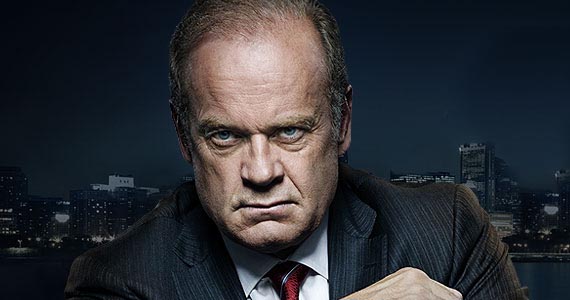 The series was produced by Lionsgate Television in association with Grammer’s Grammernet Productions and Category 5 Entertainment. It was developed by Farhad Safinia and ran to 18 episodes, ending on October 19.

“After much deliberation, we have made the difficult decision to not proceed with ‘Boss,’” the broadcasater said in a statement on Tuesday. “We remain proud of this award-winning show, its exceptional cast and writers, and are grateful to Kelsey Grammer, Farhad Safinia and our partners at Lionsgate TV.”

Although the show was well received by critics, it struggled with low ratings; its second season averaged around 350,000 viewers. However, the show sold well internationally with broadcasters including Channel 4’s digital network More4 picking it up alongside Italy’s Rai, Norway’s Vox and Australia’s SoHo.

The series starred Grammer as the mayor of Chicago who was diagnosed with a degenerative neurological disorder. It also starred Beverly Hills 90201’s Kathleen Robertson alongside Connie Neilsen (Gladiator) and Hannah Ware
(Cop Out).

Starz has also said that it was in discussion to produce a two-hour television movie to tie up the loose ends, although no deal is currently in place.