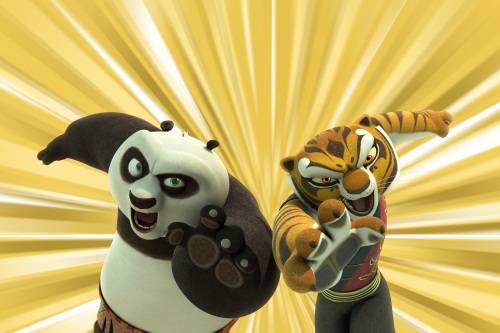 Dreamworks Animation is looking to launch a number of branded kids channels internationally and will work with Fox on this global roll out. Separately, the company has renewed its volume deal with British public broadcaster and is searching for more acquisitions following its purchase of Classic Media.

The company, run by chief executive Jeffrey Katzenberg, struck a distribution deal earlier this year with 20th Century Fox. It had previously worked with Paramount Pictures for distribution, both in the United States and internationally.

Dreamworks’ TV slate currently includes Penguins of Madagascar, Kung Fu Panda: Legends of Awesomeness (pictured) and Monsters vs. Aliens for Nickelodeon and Dragons: Riders of Berk for Cartoon Network as well as a television series for forthcoming snail franchise Turbo for an as-yet-unnannounced broadcaster.

Katzenberg said that it would look to partner with Fox to launch a Dreamworks channel.

“[Fox] has been very excited about the DreamWorks branded channel as something that their international team seems to have a lot of enthusiasm for, and we’ve had good momentum in our conversations with them. So we will look to find as many ways as we can to partner with Fox. They are a very, very, very strong, powerful force internationally in TV distribution. I think they have over 350 channels up and running today. So it’s hard to find a stronger, better force for us as we look at the international marketplace,” he said on a conference call following the company’s latest financial results.

Separately, Dreamworks announced plans to capitalise on its purchase of international producer and distributor Classic Media, which it purchased for US$155 million earlier this year. However, Katzenberg said that it was not interested in acquiring Hit Entertainment, which is reportedly for sale after Mattel acquired it last year.

The company has also renewed its long term volume deal with British public broadcaster the BBC for a raft of library titles including How to Train Your Dragon and Shrek Forever After.

Katzenberg added that the company’s next ambition is to launch a primetime animated series via US network. “Next one is we would see if we can get on Fox primetime. That’s our next ambition.”