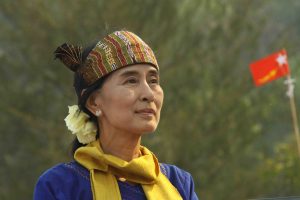 Zodiak Rights has acquired the international rights to a documentary about Burma’s opposition leader Aung San Suu Kyi that will air on HBO and the BBC.

The one-hour documentary, which is directed by Angus Macqueen, profiles the Nobel prize winning politician, who spent 15 of the last 21 years under house arrest.

The film will air on BBC Two later this month and US premium network HBO will run it before the end of the year.

Zodiak Rights is launching the doc at MIPCOM.

Andreas Lemos, VP, factual acquisitions and programming, Zodiak Rights said: “This film, made over two years, offers exclusive and unprecedented access to Suu Kyi herself and tells the remarkable story of her personal and political journey. We are proud to be collaborating with Ronachan Films and Finestripe Productions to bring this genuinely inspiring film to audiences worldwide.”

“It has been a privilege to make a film about one of the most remarkable women in the world over an amazing year in the history of Burma,” added Macqueen.