Subscription VOD service Amazon Prime Video has again secured rights to a CBS summer drama series. The streamer has secured exclusive US streaming and download rights to Salvation, with episodes launching four days after their broadcast debut on linear TV. The suspense thriller series follows a tech superstar and an MIT graduate who discover an […]

CBS has ordered a new summer drama series in the same week as cancelling another two of its summer offerings. New greenlight, Salvation, comes from Star Trek: Discovery creator Alex Kurtzman, who has an overall deal with CBS through his Secret Hideout prodco. The event series, produced by Secret Hideout and CBS Television Studios, will […] 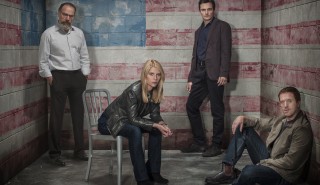 US broadcaster NBC has kicked off the 2017-18 buying season by adding a pair of dramas to its slate, one coming from Homeland creator Gideon Raff and Keshet Studios. The shows are Waking Lions – which is from Raff, Israel-based Keshet’s US studio arm and Universal Television – and Salvation, which is from Law & […]