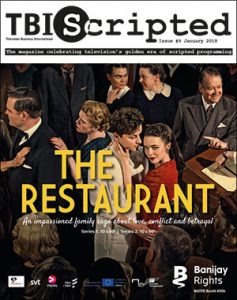 TBI Scripted Interview: Geoffrey Wright Geoffrey Wright’s earth-shaking 1992 movie Romper Stomper redefined representations of violence on the big screen, and now the Australian director is bringing the title to TV sets as a drama series for SVOD service Stan. Jesse Whittock meets him to find out why

Writer’s Room: Charlie Brooker Charlie Brooker can lay claim to creating an entirely new TV genre when he launched Black Mirror. The show is now produced for Netflix, and here Brooker reveals what goes into each programme