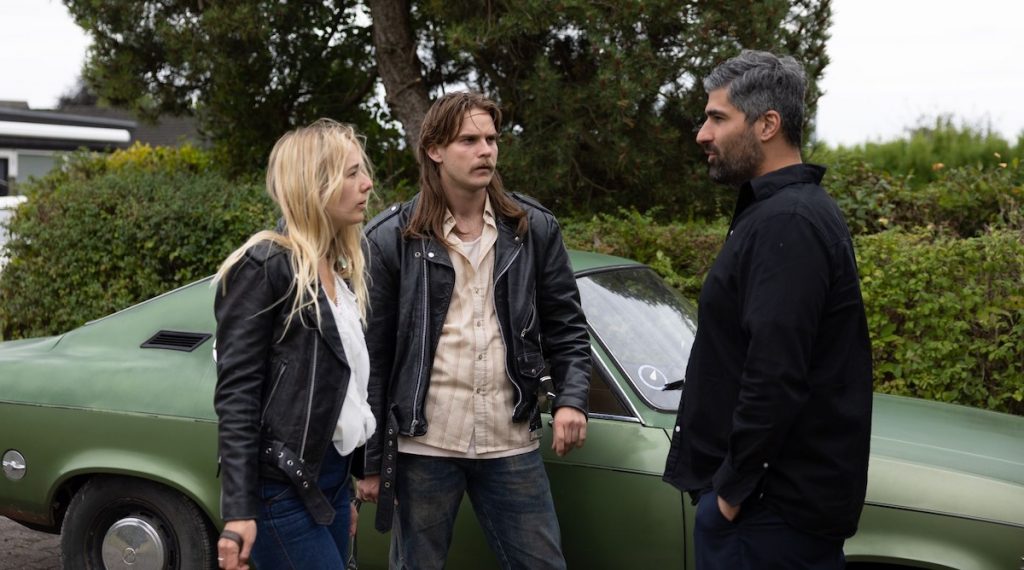 Viaplay has commissioned Bullshit from Nordisk Film Creative Alliance as its next Danish drama series.

Set to debut on the Nordic streamer next year, the series centres on a rootless young couple, Pia (Alba August) and Henning (Marco Ilsø), who long for rebellion and belonging. Drawn into Copenhagen’s biker subculture, their dream rapidly turns into a nightmare.

Milad Alami, director: “I’ve approached this series as an extended feature film revolving around themes of family and violence. Bullshit is a four-and-a-half-hour thrill ride into the wildness of youth that starts as fun and innocent but becomes increasingly serious and dangerous.”

Produced by Firebird Pictures, and written by Sarah Williams, the 6 x 60-minute series tells the true story of six sisters who refused to play by the rules and whose often-scandalous lives made headlines around the world.

Set against the gathering storm clouds of the 1930s, Outrageous will bring the “full, uncensored story” of the Mitford sisters to the screen for the first time – a story of family betrayals, public scandal, political extremism, personal heartache and even imprisonment

Writer Sarah Williams said: “I’ve been intrigued by these notorious sisters for many years and am thrilled to finally be bringing their stories to the screen.

“We’ve seen many fictionalised versions of their lives before, but in this family’s case, the truth really is far stranger and more astonishing than anything you could invent. These six headstrong women have often been accused of being mad, bad and dangerous to know – and a couple of them were – but what they all had was the absolute courage of their convictions and to hell with the consequences.  And that makes for a cracking good story.”

Miller is on board as creator, writer and executive producer of the 6 x 60-minute series, which is being developed by StudioCanal in partnership with Canal+, and follows the titular character, whose quests are set in the fantasy reality of the early 20thcentury where he meets some of the most influential characters from literature and history.

Miller is best known for his comic book stories and graphic novels such as 300, Sin City and The Dark Knight Returns, and recently served as co-creator and executive producer of the series adaptation of his YA book Cursed for Netflix.

StudioCanal’s EVP of global production Ron Halpern and executive managing director of TV Francoise Guyonnet commented: “We can vividly recall first seeing the iconic and mysterious images of Corto Maltese in France – in store fronts, galleries, framed on apartment walls… which led us to reading Pratt’s amazing work. Today we are privileged to bring Corto to the world. To his fans and to those who are yet to meet him.”