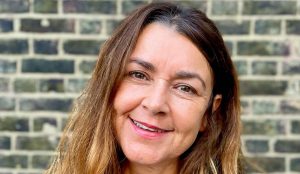 Jane Glasson takes the newly created role of director of UK development and will work alongside Bri Marzigliano, head of US development, who will continue to deliver on Wag’s existing international slate.

Glasson reports into creative director Bridget Boseley and joins following a five-year stint as head of development at Spun Gold, where she worked on shows such as The Grand Party Hotel for the BBC and Inside the Caribbean for Channel 4.

She previously headed up development at Scream Films and has also had spells at Tiger Aspect Productions, September Films, StoryVault Films and Burning Bright Productions.

Boseley said: “[Glasson] has a proven track record of creating successful shows across a wide variety of genres for a range of networks. She’ll be instrumental as we continue to grow our business, expanding our slate and our partnerships with broadcasters and streamers in the UK and internationally.”

Wag’s slate includes What on Earth? for Science Channel, Weird Earth for The Weather Channel, Combat Dealers for Quest and War Factories for UKTV.