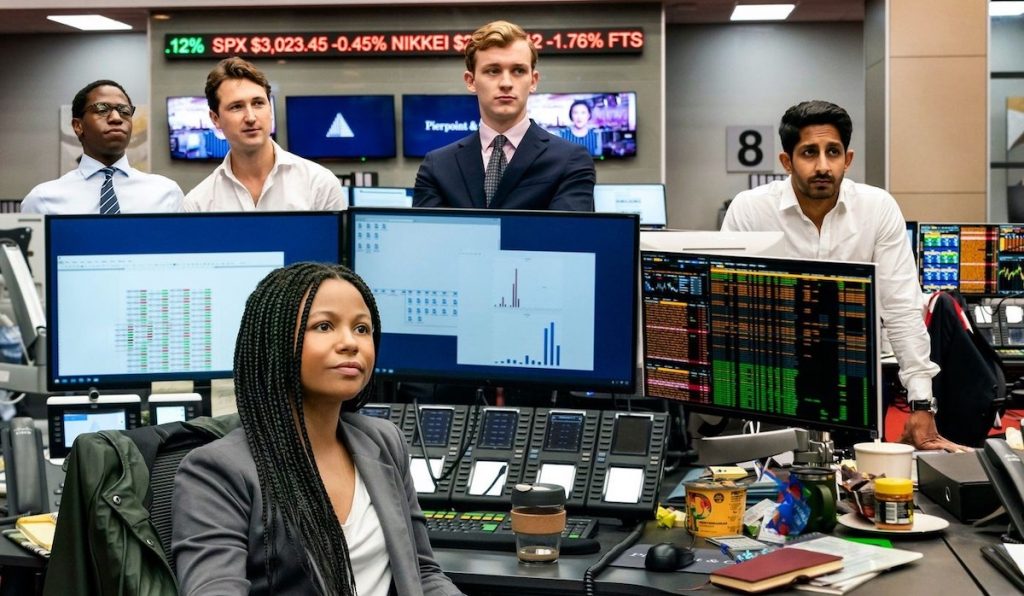 Financial market turmoil and currency devaluations can seem far removed from the creative process of making TV shows, but it can have a direct effect on what gets made. Jeremy Roberts, of media & entertainment law firm Sheridans, explains why and sheds light on where opportunity lies.

With the world’s financial markets going through the most volatile period since the global financial crisis, investors have fled to the US dollar, causing dollar exchange rates to soar. One impact of that may be to accelerate the growth of non-US produced content commissioned by the major US streamers.

As the domestic US television market was heavily saturated, the US SVODs were already concentrating on chasing subscriber growth in foreign markets before the current economic turbulence took hold.

Even with those complicating factors, the wider trend is likely to be accelerated growth in inward investment for non-US content markets

They have priced aggressively, invested in local marketing, and bought and commissioned increasing amounts of local content. Last year, Netflix said that it planned to spend $500m on South Korean content alone. And, although the streamers’ combined spend in the UK fell in 2021, that looks to be a blip in an upward trend. That trend is likely to be accelerated by the current chaos in the financial markets.

The DXY, an index of the dollar against half a dozen major currencies, is at a more than 20-year high. The dollar has strengthened more than 20% against an already weak pound in the last year, reaching an all-time high this week.

At its simplest, that means that if a US SVOD is paying in dollars for a programme produced in the UK, the cost of that programme in dollar terms dropped by 20%. All things being equal, that decrease in cost caused by the falling currency should lead to an increase in inward investment into the UK.

Of course, in the real world it is more complicated than that – there are many more factors at play. Exchange rates could swing back. Inflation is pushing up costs at rates not seen in most advanced economies for over 30 years.

Investment tends to drop in volatile markets, as the ability for a potential investor to forecast a return gets much harder. Higher interest rates will increase the streamers’ borrowing costs, which may mean that content budgets get trimmed.

But even with those complicating factors, the wider trend is likely to be accelerated growth in inward investment for non-US content markets.

Producers in those markets will want to inoculate themselves against wild exchange rate fluctuations. The easiest way to do that is to ensure that the price the buyer pays for the content is denominated in the local currency.

For distributors or broadcasters outside the US, weak local currencies will make buying US content more expensive

(As an important aside, producers should also ensure that any options to order subsequent seasons are adjusted for inflation – the standard 5% season-on-season bump becomes a 5% drop in price in real terms when inflation is running at 10%.)

If the buyer insists on paying in dollars, then there are options for producers to hedge – essentially buying insurance to protect against currency risk – available on the market. But hedging itself increases in price as the foreign exchange markets become more volatile, so it may be prohibitively expensive.

This week has seen hedging costs soar in the UK. The streamers themselves have sophisticated treasury departments and complex hedging arrangements – they are generally better placed to take on the currency risk at the individual programme level.

We are living in interesting times. High interest rates and inflation signal pain to come in the wider economy. For distributors or broadcasters outside the US, weak local currencies will make buying US content more expensive.

But those weak currencies also make non-US content cheaper for American buyers with their mighty greenbacks, so, against the backdrop of seemingly relentlessly grim economic data, we should see continued growth in non-US programmes made for US networks and streamers.