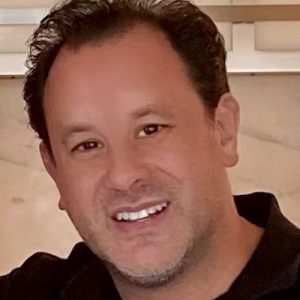 International distributor Vision Films has bolstered its sales ranks with the addition of a Cinedigm Entertainment Group exec.

Scott Kamins becomes executive director of international sales & strategic partnerships at Vision, with a remit to increase its global distribution business and strengthening relationships with existing clients. He will report directly to CEO/MD Lise Romanoff.

Kamins has spent more than two decades in music, TV and film distribution, recently holding positions at Cinedigm and Vivendi Entertainment, where he worked in digital, sales and content partnerships. He has also had spells at Geffen and Interscope Records.

Vision has expanded its operations over recent years, striking output deals for its 1,000+ film and TV slate with companies including Rakuten in Europe, Amazon’s FreeVee in the UK, and Lat Am streaming giant Vix.

“We are looking forward to Scott not only closing licensing deals with established distributors and TV channels in each territory, but also seeking out strategic relationships with new VOD platforms where we can maximise revenue on our extensive library of feature films and documentaries,” said Romanoff.

“The world of VOD is growing so fast, and it takes tenacity to keep up. We are confident that with Scott on board, our extensive catalog of new releases and library will benefit from his expertise on a long-term basis.”