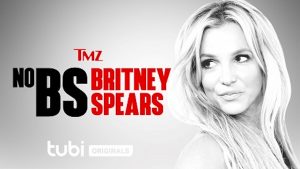 Fox Entertainment’s AVOD streamer Tubi has expanded its relationship with gossip firm TMZ to launch a new docuseries together.

TMZ No BS will feature never-before-seen stories and reporting that “provides an eye-opening look at people who have been widely covered, but never really understood.”

Each of the 12 episodes will explore celebs from entertainment, sports and politics, with the first instalment focusing on Britney Spears. Harvey Levin, Charles Latibeaudiere and guest TMZ contributors will host.

The show follows the launch of the TMZ FAST channel, which is available via Tubi alongside more than 145 other entertainment, sports and local news channels on the platform.

Adam Lewinson, chief content officer at Tubi, said: “We’re excited to have fans discover this new docuseries where Harvey Levin and his team sit down for a stripped down roundtable conversation, and examine some of the biggest celebrity moments through a new lens.”