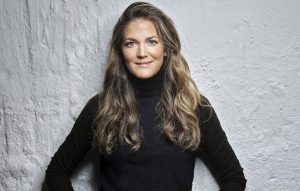 Viaplay has ordered a drama based on the true story of the Enschede fireworks warehouse explosion in May 2000.

Roombeek will relate the devasting human impact of the tragedy and its aftermath, and is being produced by Banijay’s EndemolShine Scripted.

The tragedy killed 23 people, including four firefighters, and injured nearly 950. Roombeek itself was largely destroyed, with 200 homes ruined and 1,500 heavily damaged.

Casting for the series is underway and production will begin in early 2023. Roombeek is produced by EndemolShine Scripted’s Gerd-Jan van Dalen and Viaplay Group’s Kennard Bos.

Filippa Wallestam, Viaplay group chief content officer, said: “We have very high ambitions for our Dutch Originals, and are committed to working with both established and upcoming local talents to tell unique stories that can attract a broad audience. Roombeek will be a sensitive and high-quality production that looks beyond the headlines to show us some of the human lives affected by a tragic event.”

Gusto TV to launch in 19 countries

Culinary-focused Gusto TV has partnered with LG Channels to launch its streaming/VOD service in 19 countries.

The streamer, which will be available to LG’s smart TV customers, will offer hundreds of hours of proprietary content and is already available in English, Spanish and Mandarin across 160+ countries on 30+ different platforms.

Scoops will teach kids aged 5-8 how to develop a lifelong practice of separating fact from fiction, whether it’s a schoolyard rumour or misinformation online.

The 52 x 11-minute show follows eight-year-old fact-finder Ellerby, her best friend Olsen, and their ever-present camera as their natural curiosity leads them to uncover the truth hidden behind rumours in their neighborhood.