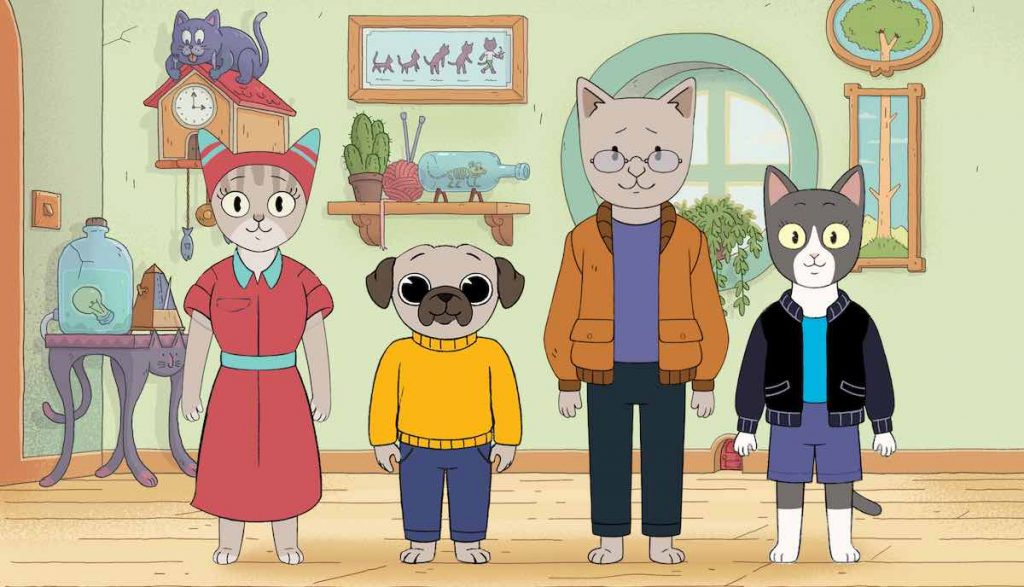 The ABC in Australia has struck a pre-sale deal for Flix – by Tomi Ungerer, which is from Ireland’s Pictor Productions and is being sold by distributor Serious Kids.

The show, which is Pictor’s first comedy animation, will air on RTÉ in Spring 2023 and targets kids aged 4-7 years.

The story is the first animated series based on famous children’s author Ungerer’s work and follows a pug dog, named Flix, who is born to cat parents in Cat Town.

He is bilingual, climbs trees, swims in the river and loves fish as much as sausages. Together with his besties Tabi and Munchkin, he explores all the marvels of Splitt Island including Dog Town.

“We co-developed the series with Tomi working with Genevieve Dexter and Jules Coke at Eye Present, and so it is a natural choice to sign with Serious Kids as our distribution partner where Genevieve and Leila’s knowledge of the property will ensure the best presentation at Annecy, Cannes and beyond,” said Aria Ungerer, CEO of Pictor Productions and creative producer of Flix.

“Flix is very close to my heart, a bridge series targeted at kids 4-7 which is a unique property brimming with young talent and Tomi’s signature visual jokes,” said Dexter, CEO of Serious Kids, who added that “sneak previews” would be available at MIFA, with a formal launch at MIPCOM. Production will complete in November this year.