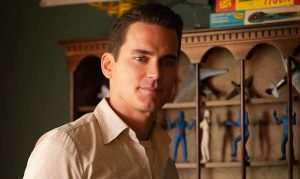 Co-produced by Fremantle with Showtime, the limited series is based on the novel by Thomas Mallon and goes into production this July in Toronto.

The story chronicles the volatile romance of two very different men who meet in the shadow of McCarthy-era Washington. Bomer will play handsome, charismatic Hawkins Fuller, who maintains a financially rewarding, behind-the scenes career in politics.

Fuller avoids emotional entanglements – until he meets Tim Laughlin, a young man brimming with idealism and religious faith. They begin a romance just as Joseph McCarthy and Roy Cohn declare war on “subversives and sexual deviants,” initiating one of the darkest periods in 20th-century American history.

Ron Nyswaner and Robbie Rogers will also exec produce, alongside Daniel Minahan, who will also direct the first two episodes.

Produced by Clapperboard, the 3 x 60-minute series will be the first true crime drama ordered by the broadcaster since the inception of its original drama slate in 2019.

The series, which will air later this year, will examine the investigation of school assistant Maxine Carr and her caretaker fiancé Ian Huntley, who was later imprisoned for the double murder of schoolgirls Holly Wells and Jessica Chapman – a tragic case that shocked the nation.

Mike Benson and Julie Ryan are executive producers on the series. Laura Way joins the team as director, whilst Simon Tyrrell serves as the writer.

Abacus Media Rights are on board as international distributor for the series. 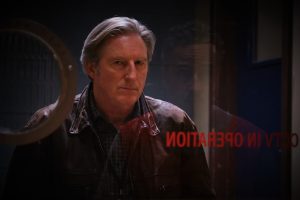 Pre-sales for the new detective drama, which stars Adrian Dunbar (Line of Duty) in the title role, have also been signed in Europe, China, Australia and New Zealand.

Currently filming across Northern England, the drama will premiere on ITV in the UK. Produced in association with All3Media International, Ridley introduces viewers to the charismatic Detective Inspector Alex Ridley (Dunbar), who has retired from the police after 20 years of dedicated service. Now working in a consultancy role, Ridley resumes his partnership with his former protégée, DI Carol Farman, when she turns to him for help on a complex murder investigation.

Available as four two-hour episodes, Ridley has attracted a number of international pre-sales. In Europe NPO is set to air the drama in the Netherlands, and VRT will air in Flemish Belgium. BritBox has secured exclusive rights in Australia, Pumpkin TV has signed VOD rights for China, and RLJ Entertainment has secured DVD/Video rights for Australia and New Zealand.