Paramount+ gets underway on ‘The Turkish Detective’, based on Barbara Nadel novels 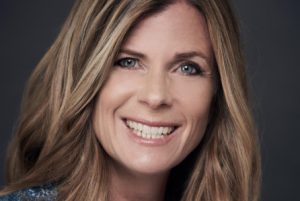 Paramount+ has commissioned The Turkish Detective, a new crime series set in modern-day Istanbul, based on the novels by English writer Barbara Nadel.

Produced by Miramax and Turkish prodco Ay Yapim, in association with VIS, Paramount’s international studio, the eight-part series is based on the 24-novel series and follows Inspector Cetin Ikmen (Haluk Bilginer), his partner Mehmet Suleyman (Ethan Kai) and Detective Ayse Farsakoglu (Yasemin Kay Allen) as they solve crimes, with each story heavily rooted in the culture and history of Istanbul.

Production is to begin on location in Istanbul this month, with the series set to premiere globally on Paramount+ in 2023. Outside of the markets where Paramount+ is available, the series will be distributed by Paramount Global Content Distribution.

The Turkish Detective is a universally intriguing crime thriller set against the landscape of one of the most stunning, culturally rich cities in the world,” said Nicole Clemens, president of Paramount+ original scripted series. “We look forward to seeing Barbara Nadel’s incredible novels come to life in this series for Paramount+’s growing global audience.”