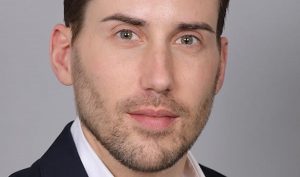 In his new role, Chalmers will be responsible for supervising the development and production of new and returning scripted drama series for the Fox Network. Taking on the position from 18 April, he will be based on the Fox Studios lot in LA and report to Brooke Bowman, Fox Entertainment’s EVP of drama programming and development.

Chalmers joins from Blumhouse Television, where he spent more than three years at as VP of development and programming, setting up shows including Showtime’s limited series, The Good Lord Bird, season two of USA Network’s The Purge and the just-announced Amazon Prime Video series, The Sticky. He also served as a co-executive producer on Amazon’s Welcome to the Blumhouse film franchise.

Before joining Blumhouse, Chalmers served as director of original scripted content at NBCUniversal Cable Entertainment, where he worked on shows including Mr. Robot, Suits, Happy! and Unsolved: The Murders of Tupac and The Notorious B.I.G.

“On both the network and studio levels, Kyle has been involved with some of television’s most memorable and acclaimed series over the past decade,” said Bowman. “He has deeply creative instincts and an innate ability to shape series that strike a chord among viewers and critics, alike; and we’re lucky to have him join our team and hit the ground running.”