Banijay Germany has reshuffled and expanded its management at local labels Endemol Shine Germany and Good Times, with a series of senior hires and promotions.

Panagiota Vafea is joining Endemol Shine Germany as executive director, while Tom Kühn is also moving to the firm as executive producer.

Vafea joins Endemol Shine Germany’s management team from ITV Studios Germany where she was an executive producer, overseeing shows including Dancing On Ice and long-running German formats Ich Bin Ein Star – Holt Mich Hier Raus! (based upon British format I’m A Celebrity… Get Me Out Of Here!) and Grill den Henssler.

In her new role, she will be responsible for a wide variety of formats, including Who Wants to Be a Millionaire?, LEGO Masters and Beauty And The Geek. 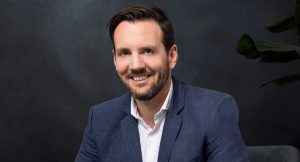 Good Times’ new joint-MD Fraser previously served as head of entertainment at RTL Zwei and was responsible for formats such as Battle Of The Reality Stars, Love Island and Naked Attraction.

Landgraf’s promotion, meanwhile, will see her work closely with MDs Fahrenkrog-Petersen and Fraser; Landgraf has been with the label for 15 years, as an editor, in development, and most recently as creative director.

“Panagiota is a trusted award-winning producer and a valuable asset to our management board. We also warmly welcome Tom to the Endemol Shine Germany family who brings his wealth of TV expertise to the company.

“With our strengthened team, we are ideally positioned in the market to further drive success for our existing and upcoming projects and will continue to be at the forefront of shaping the industry,” said Fabian Tobias, MD of Endemol Shine Germany.

Sylvia Fahrenkrog-Petersen, founder and MD of Good Times, commented: “Shona is one of the most experienced television creators in the industry and is the perfect person to join Good Times as we expand our portfolio in the areas of reality and entertainment.

“I am also delighted to continuing working with Cornelia. She is a passionate television producer, with a keen sense of what makes a good story and I am grateful for her years of loyalty and dedication to Good Times.”