Canada’s Media Ranch extends in Asia with Something Special pact 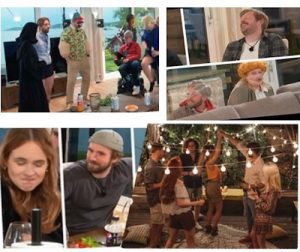 Something Special, which is founded and run by Jin Woo Hwang and InSoon Kim, has signed on to distribute Media Ranch’s format Don’t Laugh in Asia.

The two companies have also partnered on Finally, It’s Mine, a competition reality format created via Media Ranch’s partnership with Something Special announced last year. It has been developed with South Korean creative prodco Sweet Pumpkin (Magical Wardrobe).

The duo also have an exchange deal that will see Something Special representing Media Ranch’s original format Watch! in Asia, while the Canuck firm – as previously announced – will represent the Korean company’s formats Miracle Habits and Miracle Recipes outside of Asia.

From Media Ranch’s FormatEast partnership in the US, Red Arrow Studios-owned 44 Blue Productions has optioned Boundary, created by MiYeon Kim (Running Man). Elsewhere, Honey In The Box is optioned by 1/17 in the US and Fair-Play Group for French-speaking Canada.