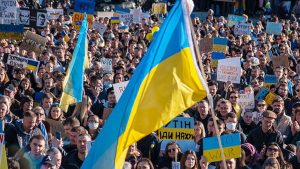 Discovery, NHK and TV5Monde have become the latest media group to suspend its operations in Russia in response to that country’s aggression against Ukraine.

Discovery broadcasts a group of about 15 channels in Russia through Media Alliance, a JV with Russia’s National Media Group, including Discovery Channel, Eurosport, TLC and Animal Planet.

Media Alliance also distributes Turner channels in Russia, including CNN, which has already pulled out of the Russian market following a new draconian media law that stipulates penalties of up to 15 years in prison for disseminating “false” information.

That could include describing what Russia has deemed to be a “special military operation” as a “war”.

Concern about censorship reportedly played a role in Discovery’s decision.

TV5Monde said that it had taken the decision to suspend operations after its distributor, Canal+-owned Thema, asked to not to air news coverage, including that of partner channels France Télévisions, RTBF, RTS, Radio Canada and Arte France.

It said that because it lacked the means to to block out specific content of this type and because it was morally opposed to blocking coverage, it had take the decision to suspend distribution via its two Russian operator partners.

NHK-World, the Japanese pubcaster’s international English language channel, also went off air in Russia after being told by its local distributor that had no choice but to suspend distribution. Japanese-language service NHK World Premium remains available through satellite distribution.

Germany’s Deutsche Welle meanwhile relocated its Moscow-based journalists to Riga in Latvia following the closure of its Moscow studio and the withdrawal of its staff’s accreditation by the Russian government.