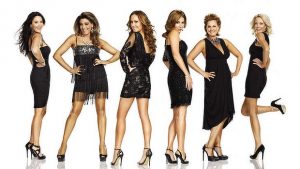 The Real Housewives Of Melbourne

Discovery+ in the US has inked a licensing deal with NBCUniversal Global Distribution to add a slew of non-scripted shows to the streaming service.

Beginning this month, subscribers will gain access to episodes of shows including season one of The Biggest Loser, seasons 7-11 of Flipping Out, season 12 of American Ninja Warrior and seasons six and seven of Top Chef Canada.

“As we continue to expand the Discovery+ catalog with premium programming, these titles from NBCUniversal give our subscribers even more to love, truly offering something for everyone,” commented Lisa Holme, group SVP of content and commercial strategy for Discovery.

“Discovery+ is the go-to destination for unscripted content for viewers across all genres, and this partnership furthers our mission to provide the best in entertainment.”