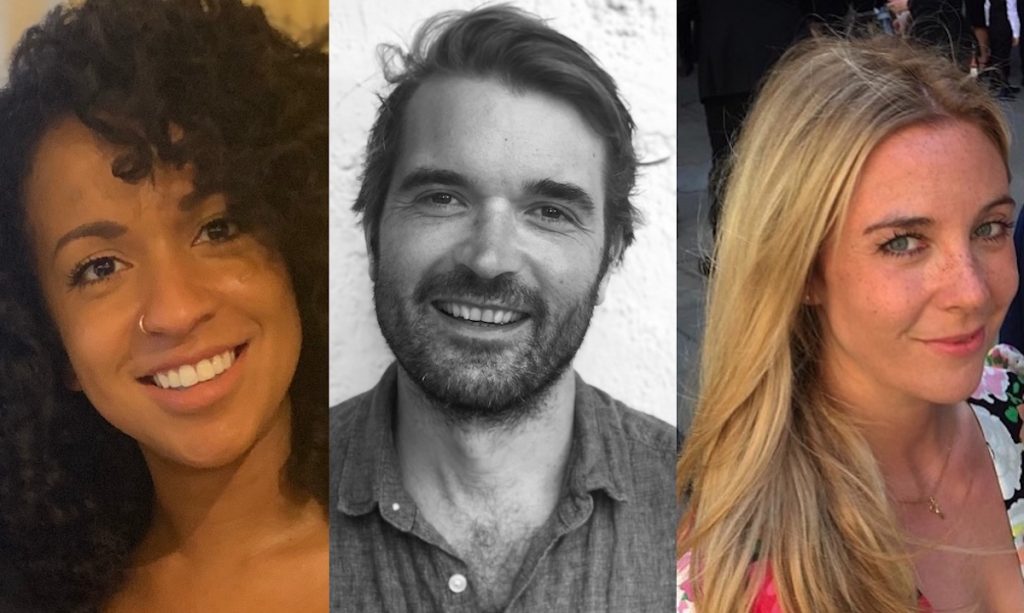 UK-based prodco Expectation is merging its comedy and entertainment teams and has made a trio of appointments to the newly combined department.

James Donkin is joining the company as director of development, while Rhe-an Archibald is being promoted to become the entertainment department’s new in-house show-running exec producer across development and production. Amy Dallmeyer, meanwhile, will continue to grow her slate as head of development.

Donkin arrives from Tuesday’s Child where he served as head of development and oversaw the team creating new ideas and developing/co-developing new television formats including Apocalypse Wow for ITV2, Guessable for Comedy Central and Head Hunters for BBC One.

Other prior roles include series producer at Twofour on the Dolph Lundgren game show Take The Tower and head of development at Renegade Pictures.

Archibald, meanwhile, has been at Expectation since 2017, where she has developed and produced The Big Narstie Show and developed/series produced The Lateish Show with Mo Gilligan, both for Channel 4. She has also worked on two series of I Can See Your Voice for BBC One, among other projects.

Dallmeyer has held development positions at a range of companies, including Endemol, ITV Studios and Fresh One, as well as at Australia’s Nine Network. She has developed and produced programming including Married at First Sight for Nine Network, The Big Reunion for ITV2 and The Price is Right for Channel 4.

Since joining Expectation in 2020, she has developed shows including Mo’s Gilligan’s All Star Happy Hour for Channel 4 and It’s Clarkson on TV for ITV.

All three execs will report directly to creative director Ben Wicks, who commented: “The last year has been a whirlwind of success thanks to our amazing development team: Amy’s unrivalled energy, and ever-inventive mind has developed Munya Chawawa’s Race Around Britain and It’s Clarkson on TV.

“Rhe-an developed the BAFTA-winning duo, The Big Narstie Show and The Lateish Show, SP-ing the latter impeccably, so I’m elated to be making her EP. Finally, I’m utterly delighted to be adding to that stellar team the incredibly talented James Donkin – evidently one of the finest format brains in Britain.”