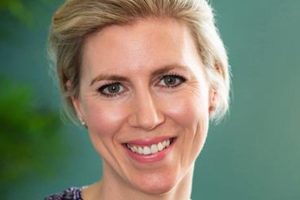 Whisper, the Sony-backed UK sports and unscripted prodco, has appointed Jemma Goba as head of branded and digital.

In her new role at Whisper, Goba will head up its branded content team, working alongside clients such as UBS, Red Bull, Barclays and Manchester City. She will be responsible for driving digital growth and overseeing a digital team of 25 people.

Goba joins the company from Tanami, the branded production company she co-founded in 2013 and sold in 2017, staying on board as a managing partner, while also taking a position on the board of The Leith Agency. Tanami created ad content for companies including Scottish Rugby, The Macallan, IHG and Brand Scotland.

Before launching Tanami, Goba held roles at the BBC, Maverick Television, McCann and North One Television, and worked on shows including Countryfile, The Gadget Show and To Buy Or Not To Buy.

Whisper was founded in 2010 by broadcaster Jake Humphrey, producer Sunil Patel and former F1 driver David Coulthard, with Sony Pictures Television taking a minority stake in the company in 2020.

“Jemma is bursting with creative ideas and is driven to make impact by maximising brand identity, which fits well with Whisper and the growth of our branded and digital teams,” commented Whisper CEO Patel.