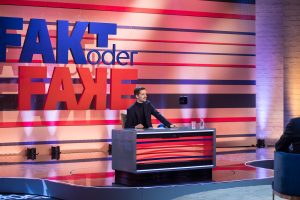 This marks the first international sale of the format for BBC Studios since it launched at Showcase earlier this year.

The 6 x 45-minute version for BR will be titled Fakt Oder Fake and started production last month for a 2022 premiere.

Fact Or Fake, created by Sandrats Media Company and originally broadcast on ORF 1 in Austria, sees celebrities filter out facts from fake news.

Three guest comedians are shown viral videos and social media posts, sensational newspaper headlines and urban legends by the show’s poker-faced host. After some entertaining debate and discussion, they must determine: are these videos fact or fake?

André Renaud, SVP of global format sales at BBC Studios, said: “I’m thrilled that having just launched the Fact Or Fake format at BBC Studios Showcase in February we have already secured our first licence of the format with BR.

“Fake news is such a hot topic in recent years and this series demonstrates, in a hilarious and entertaining way, just how difficult it is to separate fact from fiction. I’m sure the German audience will be just as entertained by this unique show as their Austrian neighbours have been.”

Disney Brand Television is in development on a reinvention of action-adventure-western series Zorro, with Wilmer Valderrama attached to star and executive produce.

Valderrama will play the masked avenger Zorro, the alter ego of the mild-mannered Don Diego de la Vega, who in the original show, which ran from 1957-59, defended the poor and acted as the scourge of military tyrants on his black stallion, Tornado. 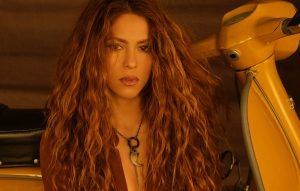 NBC in the US has partnered with music sensation Shakira, who will front Dancing With Myself, a new dance challenge series.

Universal Television Alternative Studio, a division of Universal Studio group, and Irwin Entertainment will produce the series, which is licensed by NBCUniversal Formats.

Each week will see a new group of fun-loving dancers from all walks of life and of all ages compete in a series of high-energy dance challenges that are designed and demonstrated by the show’s celebrity creators, including Shakira.

Isolated in their own pods, contestants have a short time to learn the new routines, add their unique flare and then perform their hearts out in front of a live audience.  As each round of the competition progresses, Shakira and her judging panel provide instant feedback and encouragement, but, ultimately, it’s the studio audience that decides who wins Best Dancer of the Night and gets to take home the cash prize.

“I’m excited to be a part of a dance competition that places such a high value on creative movement and how it translates into personal expression, not to mention how it contributes to a sense of community,” said Shakira.