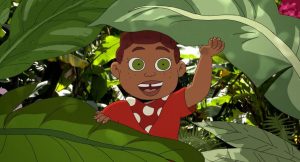 Folimage’s 1 x 29-minute animation Vanille: A Caribbean Tale is headed to SBS. It follows the story of a 9-year-old Parisian with quite a temper, sent to spend the whole summer in Guadeloupe with her aunt. During these holidays, she dives into an adventure tinged with mysteries, meets charming characters and a magical flower and reconnects with her roots.

Meanwhile, Foxtel has picked up the 1 x 90-minute documentary The Adolf Eichmann Trial, which chronicles the trial of the Nazi war criminal in 1961 and the international media coverage that it received.

Alexandra Marguerite, Prime’s head of sales, commented: ”We are delighted to be strengthening our presence in Australia, especially when it means working with these major players of the Australian audiovisual industry.” 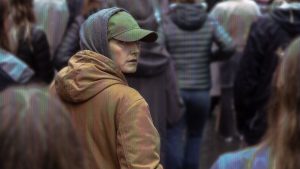 Nordic streamer Viaplay has stuck a multi-territory deal for three scripted titles with Keshet International, among a slew of other deals secured by the distributor.

Furia has also been sold Filmin in Spain; Cellcom tv in Israel; and Mola TV in Indonesia, Malaysia and Singapore, while Pørni is also headed to NPO in the Netherlands.

Keren Shahar, Keshet International’s COO and president of distribution, commented: “Completing such an extensive and significant deal with Viaplay for these three fantastic foreign-language dramas demonstrates the growing global appetite for quality non-English content. We are thrilled to be partnering with Viaplay as they continue their rapid expansion into new territories.” 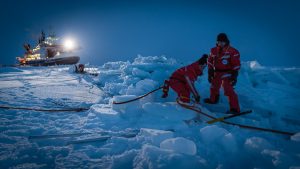 Arctic Drift: A Year In The Ice

China’s Legend Media has acquired more than 100 hours of factual content from Fremantle, taking digital rights in the country.

Among the programming acquired by Legend are UFA Show & Factual and Wild Blue Media’s documentary Arctic Drift: A Year In The Ice; Enslaved: The Lost History of The Transatlantic Slave Trade, fronted by Hollywood star Samuel L. Jackson; and Wild Blue’s Stonehenge: The Hidden Truth.

Patrick Peng, co-founder of Legend Media, said: “Fremantle has such a diverse range of content, which helps audiences understand what humans can do for the world.  We are honoured to partner with Fremantle on such a big deal and look forward to sharing their premium content with audiences in China.”

Originally developed and produced by Eureka Productions for Channel 9 in Australia, Parental Guidance features 10 sets of parents with very different parenting styles, putting their methods to the ultimate test.

Rob Clark, director of global entertainment at Fremantle, commented: “Parental Guidance is a fascinating, moving and often funny look at how we live. At the centre of this format is the universal and relatable theme of parenting. It is a subject we all have direct experience of, whether as a child of parents or as parents of children and many have their own views.”

The Weather Channel in the US and Sky History in the UK and Ireland have both ordered unscripted shows from UK- and US-based prodco CIC Media.

CIC is producing Uncharted Adventure for the Weather Channel, and eight-part travel series hosted by adventurer Mike Corey that takes viewers on a journey to exotic destinations.

The prodco has also begun production on the 10-part second season of Secret Wars Uncovered for Sky History, which exposes covert operations and secret missions from World War Two onward, including the Russo-Georgian War, the decade-long Anglo-American intervention in Afghanistan, as well as the on-going conflict in Syria and the Greek Wars of Independence.