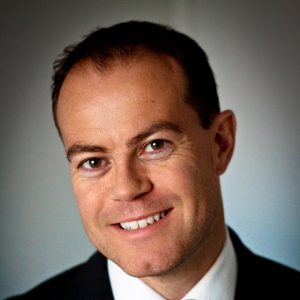 The number of disabled people working for UK broadcasters is set to fall over the next five years, according to a review commissioned by media regulator Ofcom.

The projected decline is being caused by broadcasters’ focus on entry-level recruitment rather than the retention of existing staff, which has led to the cumulative effect of disabled people leaving the industry.

The findings form part of Ofcom’s Five Year Review into Diversity in Broadcasting, which was conducted by disability and inclusion consultancy Included.

Its modelling predicts that if current trends continue, the proportion of TV employees who are disabled will fall over the next five years. Only 10% of the workforce in TV and Radio are currently disabled, Included says, below the 19% industry benchmark.

To stem the trend, broadcasters should shift their focus to the retention and promotion of staff, the review says, which would have a more significant effect on future diversity than increasing recruitment alone.

The report, which also covered radio, added that a lack of diversity in senior positions has failed to improve in the TV industry. “This suggests that diversity improvements are being made in more junior roles, rather than diversifying at the senior decision-making level,” the report says.

“To improve inclusion in the future, broadcasters have to address why employees from minority groups feel excluded and leave the industry. Disaffection with personal work experiences, feeling undervalued, lack of support and sponsorship for underrepresented groups are barriers to inclusion, have a role to play in people leaving the industry,” it added.

The review is based on data from Ofcom, which has been producing annual diversity reports since 2017. Interviews with key broadcasters were also undertaken by Included to contextualise the quantitative data.

Stephen Frost, CEO of Included, said: “We are urging broadcasters to focus on retention and promotion, over just recruitment. It is the combined effect of recruiting and retaining staff which will be the most effective way to improve representation across both radio and TV going forward.”

“It’s not just about recruitment policies, it’s about removing barriers, making broadcasting organisations places where disabled people feel valued and not an afterthought,” Morris said. “It’s in everyone’s interest that the skills, talent and experiences of disabled people and under-represented groups are used in programme making and news gathering.”